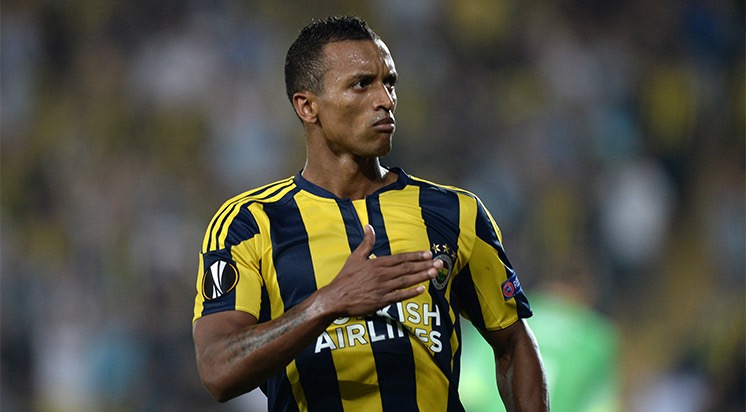 Stoke City assistant manager Mark Bowen has confirmed that the club are interested in signing Fenerbahce winger Nani, after showing some excellent form for the Turkish club.

Nani left Manchester United last summer to join up with the Turkish Giants, but could be on his way out after just 12 months at the club.

The Portuguese winger has been linked with a move to Valencia in recent weeks, but Stoke are hoping to scupper a deal in order to bring the 29-year old back to the Premier League.

I know there is an interest there. Valencia are a big club, but it is the draw of the Premier League.

He is a player that Mark [Hughes] admires a lot and he has had a very good tournament. Without giving too much away, there is an interest there and let’s see what happens.
In my opinion, he left the Premier League far too early. He had his time at Manchester United and had been a big player for them and he seemed to drift away rather than step into another club in the Premier League.

Everton and Liverpool have also been linked with making a move for the winger, who is currently preparing for a Euro 2016 Semi-Final fixture against Wales.