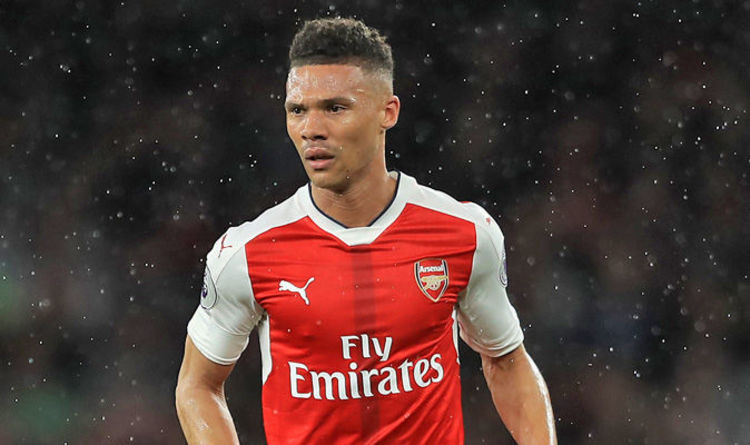 According to The Express, Stoke City are among a number of clubs interested in signing Kieran Gibbs.

The 27-year-old is looking very likely to depart the Emirates this summer. Not only did he have limited first team football last term, Arsenal have also completed the signing of Sead Kolasinac. In addition to this, there is only one year left on his contract with the North London club.

It is claimed that Watford, Newcastle, Stoke and Brighton are all interested parties. However the clubs are currently unwilling to meet a £15 million price tag for a play with only 12 months left on his contract.

Stoke, in particular, are undoubtedly in need of a left back. Erik Pieters has come under a lot of criticism for his performances this term. He often defends very well but struggles going forward. Unfortunately in the modern game attacking fullbacks are a near essential. Gibbs would almost certainly provide some attacking impetus for the Potters.

Gibbs joined Arsenal’s academy from Wimbledon in 2004. He made his first team debut in 2007. Gibbs has made 137 appearances for the Gunners, as well as 10 caps for England. The Gunner is undoubtedly of Premier League quality. If he harbours any aspirations of a future England call-up regularly, first-team Premier League football is a must.

So should Gibbs stay at Arsenal or leave? And if he is to leave, where should he go? Let us know in the comments.