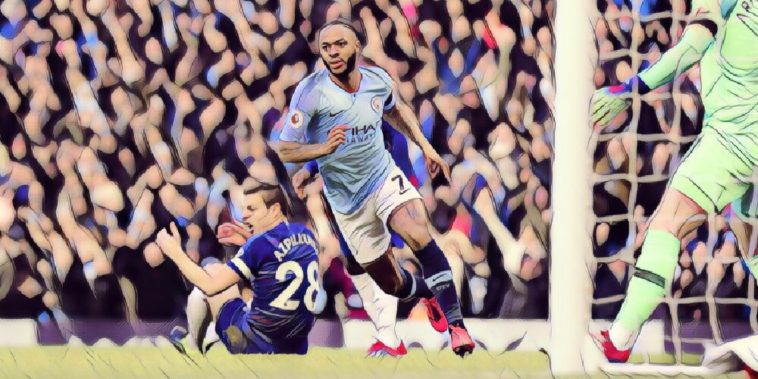 Raheem Sterling played down the magnitude of Manchester City’s 6-0 hammering of Chelsea, saying that it was ‘just a win’.

Man City were at their sensational best at the Etihad today, opening up a 4-0 lead within the first 19 minutes, before adding a further two goals in the second half.

Sergio Aguero netted his second hattrick within his last three outings, moving him level with Alan Shearer with the most Premier League trebles with 11.

The victory moved City back to the top of the Premier League table, albeit they have played a game more than Liverpool, and Raheem Sterling said that it was a ‘terrific performance’.

“It was a terrific performance from the team,” Sterling told Sky Sports. “The manager set us up and got us ready for the game. Sergio is a player we depend on. You saw with his first strike putting the ball in the top corner – you have to cherish players like that.”

However, the former Liverpool winger was quick to play down the importance of the result:

The result was the biggest defeat that Chelsea have suffered since they lost 7-0 to Nottingham Forest back in 1991.