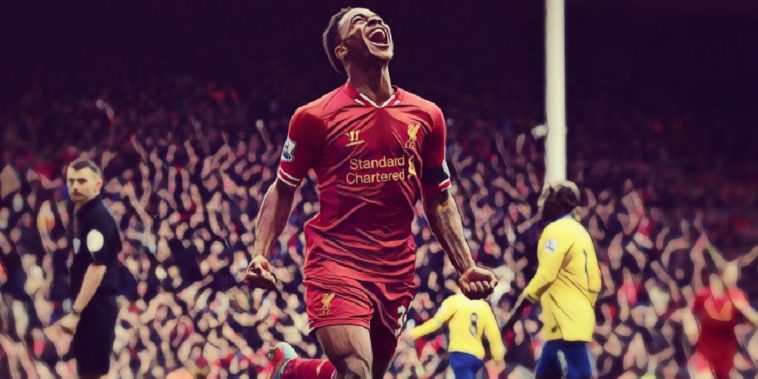 Raheem Sterling is being linked with a shock return to Liverpool as a potential replacement for reported Real Madrid-target Sadio Mane.

Liverpool are currently assessing their options ahead of the summer transfer market as Jurgen Klopp looks to strengthen his options on Merseyside, with reports linking the German with an audacious move to bring former Reds’ star Sterling back to Anfield.

According to French publication L’Equipe, the current Premier League leaders are wary of Real Madrid’s interest in Mane, with Zinedine Zidane reportedly a huge admirer of the Senegalese’s talents and contemplating a big-money move.

Aware of the pulling power possessed by the Spanish giants, Liverpool will now consider their options which are said to include the possibility of bringing Sterling back to the club. The England international last week spoke of the affection he retains for his former side to fuel talk of a Liverpool return, and Klopp’s side could look to capitalise on the uncertainty currently surrounding Manchester City.

The Premier League champions are currently facing a two-season ban from European football after being found guilty of breaching Financial Fair Play restrictions – though the Etihad side maintain their innocence and have launched an appeal to the Court of Arbitration for Sport.

The uncertainty surrounding their participation amongst Europe’s elite and no timescale on their appeal, however, has led to increased speculation that several of the club’s leading names could depart in search of Champions League football.

The report suggests that the 25-year-old will not remain in Manchester should the club’s ban be upheld, with both Liverpool and Real Madrid potential destinations for the winger who has developed into one of the Premier League’s finest players in recent seasons.

Sterling left Liverpool in acrimonious circumstances five years ago, though L’Equipe believe there may be a desire from both parties to build bridge and secure a stunning return to the club.