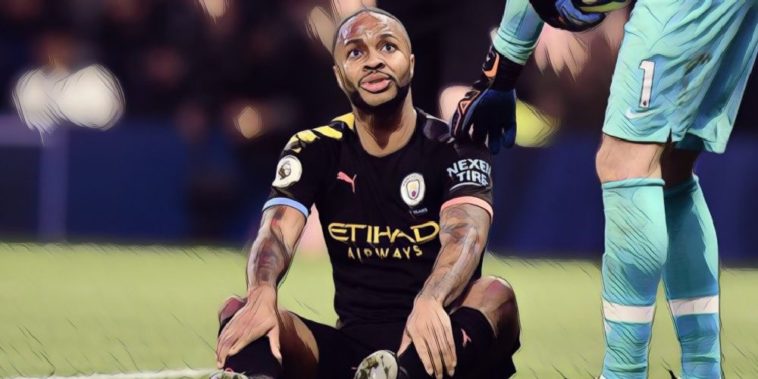 Raheem Sterling says he is keen to hold talks with the Premier League and FIFA in a bid to help end racial inequality within football and wider society.

The Manchester City star has long spoken out on the need for more action to tackle a worrying trend of racism within the game, and has now launched a social media campaign as part of the Black Lives Matter movement, joining forces with several sporting stars to call for change amongst both the government and major organisations.

Sterling’s anti-racism stance has urged for more representation for BAME backgrounds in both parliament and amongst the hierarchy in sporting governing bodies, with the England international telling Micah Richards, in an interview with the BBC, that changes on racial equality are possible.

“I feel like we’re getting close to where we want to be,” Sterling said. “The protests have shown everyone, not just black people, but the whole country, the whole world, that people are tired. People are tired of the hope they don’t have.

“If I see my mum struggling and my neighbour struggling as a 12-year-old – what hope does that give you to try to improve yourself?

“You fall into the system trap and this is what happens to a lot of our youths. You have a postcode behind your name and a lot of people don’t want to associate with you. That’s happened to me. This is something I’m trying to change and it’s something I’m not trying to just sit on the internet and post about, not really seeing anything happen.

“We have to talk to the right people to get this change and it’s something I’m working on in the background.”

Sterling refused the notion that he feels ‘pressure’ to act as a voice on sensitive issues, but insists he wants to sit down with both the Premier League and FIFA in a bid to make long-awaited changes in terms of racial discrimination.

“I wouldn’t say too much pressure,” he replied. “It’s something where I don’t want to do too much talking.

“I would rather have a meeting with the Premier League, a meeting with Fifa, bring stuff to them and not just try to do this on my own – because, as you said, I don’t have all the answers.

“I’m a football player, but I have to use my platform at the same time to open these conversations so we can have change.”

Man City get their season back underway with a home fixture against Arsenal this evening, with all teams across the division set to replace the player names with Black Lives Matter, in support of the ongoing movement across the globe.