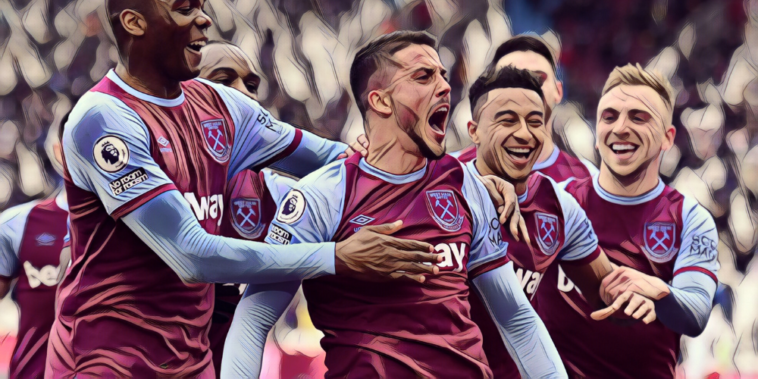 An action-packed final day of the season saw Manchester City celebrate their title success in fine fashion, a 5-0 thrashing of Everton proving a fitting farewell for an outgoing club legend who enjoyed one last day out at the Etihad.

Liverpool booked their place in the Champions League after beating Crystal Palace on Merseyside, where they will be joined by Chelsea who edged out Leicester for a top-four finish despite losing at Aston Villa.

It was final day disappointment for Leicester once again despite another season of progress, the Foxes beaten by Tottenham in an entertaining clash at the King Power Stadium.

Elsewhere there were wins for the likes of Manchester United, Arsenal, West Ham, Leeds and Newcastle, as the curtain came down on the 2020/21 Premier League season.

Here are eight Premier League players who shone this weekend.

There was some surprise pre-match after the announcement of the Manchester City starting XI to face Everton, Sergio Aguero named only as a substitute on his final Etihad appearance for the club.

The newly-crowned champions produced an electric performance as their title celebrations began in style, dismantling the visitors with Kevin De Bruyne and Phil Foden in inspired form.

Aguero was not to be denied a goalscoring goodbye in front of the returning supporters however, coming off the bench to score twice and receive one last ovation from an adoring City fanbase.

The Argentine’s double was typical of the clinical edge we have become accustomed to over the past decade, manoeuvring himself space in the penalty area and prodding home an opener, before meeting Fernandinho’s cross with a brilliant header to write yet more history.

No overseas player has ever scored more Premier League goals than Aguero, whilst he is now the leading scorer for a single club after his double off the bench against Everton.

👏🔵 In his final #PL appearance for the club, Sergio Aguero scored his 183rd and 184th league goals for Man City, surpassing Wayne Rooney’s record for most Premier League goals for a single club (183 with Man Utd)#MCIEVE pic.twitter.com/pXhf5G1QKa

City have waved goodbye to some iconic figures in recent years but the departure of Aguero truly marks the end of an era, a man who arrived a decade ago and who has played a bigger part than most in the club’s transformation into a footballing superpower.

Undeniably one of the greats of the Premier League era.

It has taken some time, but are we now seeing the very best of Nicolas Pepe in an Arsenal shirt?

Pepe has often struggled to live up to expectations since a record-breaking £72m move from Lille two seasons ago, occasional flashes of brilliance mixed with performances and periods of inconsistency.

The Ivorian has faced a fight to convince Mikel Arteta since the Spaniard’s arrival as head coach, but a brilliant end to the season has raised optimism that Pepe could explode in 2021/22.

Pepe was a threat throughout against the Seagulls and took both goals in expert fashion, his performances in recent weeks hugely encouraging as Arteta looks to restructure his side this summer.

The 25-year-old will be disappointed to see the season end given he has hit the finest form of his Arsenal career to date and will hope to continue his momentum into the new campaign.

Sadio Mane’s season has been a disappointing one following the highs of 2019/20, the Senegal international’s sharpness missing for much of the campaign with questions raised over the future of Liverpool’s front three.

Mane rose to the occasion as Liverpool secured a vital final day win over Crystal Palace however, scoring both goals in a 2-0 win and looking somewhere closer to his best.

The usual zip was back in the 29-year-old’s game as he fashioned opportunities and worked tirelessly to unsettle the Eagles backline, whilst he took both goals well – turning in a first from close range before deflected finish to put the result beyond doubt.

Mane continued his brilliant record against Crystal Palace after making it eight goals in his past eight appearances against the Eagles, whilst he is now one of just two players – alongside Harry Kane – to score 10+ league goals in each of the past seven seasons, his latest contribution ensuring there will be Champions League football played at Anfield in 2021/22.

Gareth Bale came off the bench to make the difference in what could possibly be his final appearance in a Spurs shirt, ending Leicester’s Champions League dream with a well-taken double at the King Power Stadium.

Bale’s first came following a cut-back from Harry Kane to the onrushing Welshman, before driving forward through the centre to net a second, turning home after his initial effort came back off the post.

The 31-year-old’s future remains unclear, but a return of 16 goals and seven assists in 19 starts this season has shown Bale remains a brilliant talent when fit and firing.

Spurs would no doubt love to keep him amongst their attacking options for another season, though Bale’s admission that his decision on his future could ’cause chaos’ is perhaps a cryptic indication of a potentially messy divorce from Real Madrid.

West Ham will be playing continental football next season after securing Europa League qualification, a 3-0 win over Southampton ensuring the Hammers a sixth-placed finish in the Premier League this season.

David Moyes deserves huge credit for the transformation he has overseen with the east Londoners, assembling a side with both hunger and talent that have punched above their weight in 2020/21.

Pablo Fornals was the hero of their resounding win over the Saints, scoring twice and registering an assist as the London Stadium support revelled in the achievement of a West Ham side who secured their highest league finish in 22 years.

Fornals endured a difficult debut season in England last term but has come to the fore this time around, the Spaniard’s creativity providing West Ham with an attacking spark alongside Jarrod Bowen and loanee Jesse Lingard.

The 25-year-old took both goals brilliantly and was at his influential best throughout, a performance which ensured West Ham finish a fine season on a high.

Joe Willock’s sensational form continued as Newcastle won 2-0 at Fulham on the final day of the season, the midfielder becoming the youngest player in Premier League history to score in seven successive games.

The 21-year-old scored a stunning individual goal as he ran from inside his own half to open the scoring, the confidence oozing through a player who equalled Alan Shearer’s club record of scoring in seven consecutive Premier League games for Newcastle.

Steve Bruce is understandably desperate to sign the on-loan star on a permanent basis, though will face a huge fight to convince Arsenal to part with a player who has shown he is ready for an opportunity at the Emirates.

Only two players in Newcastle's history have scored in seven consecutive PL games:

Willock has performed brilliantly since making the switch to St James’ Park and the Magpies are unlikely to be his only suitors should Arsenal be open to his sale this summer.

Ole Gunnar Solskjaer deserves huge credit for the faith he has placed in young talent at Manchester United, with the Red Devils’ boss rewarded once again as Anthony Elanga made his mark at Wolves.

Solskjaer opted to rotate his side ahead of Wednesday’s Europa League final with Villarreal and handed a number of fringe players a chance, including just a second start for teenage winger Elanga.

The 19-year-old wasted little time in making an impact and had several chances early on at Molineux, before showing great desire to meet Daniel James’ cross and head home his first senior goal to open the scoring.

It was a wonderful moment for the youngster who posed problems throughout with his speed and direct style, Elanga the latest academy graduate looking to break into the senior side on a more permanent basis.

There were plenty of goodbyes and fond farewells in the Premier League this weekend, with Sergio Aguero, Georginio Wijnaldum and Roy Hodgson amongst those set to depart their respective clubs this summer.

Bielsa handed final appearances to Gateano Berardi and Pablo Hernandez, the popular duo visibly emotional as they left the Elland Road pitch for the final time.

Hernandez’s final performance for Leeds was in the manner most had wished for and expected, the veteran producing his full array of dribbles, feints and nutmegs to inspire his side to three points.

The 36-year-old was instrumental in promotion last season and won three consecutive Player of the Season awards between 2018 and 2020, the 8,000 returning fans giving the Spaniard the ovation he deserved as he left the pitch for the final time as a Leeds player.