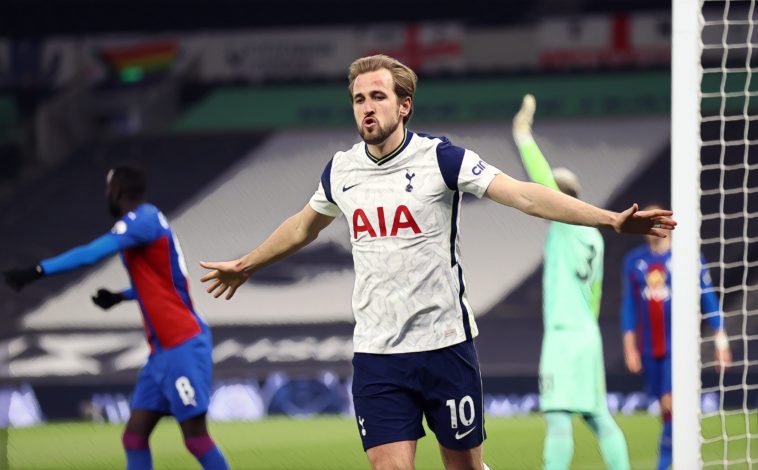 The latest round of Premier League action saw Manchester United claim bragging rights in the clash between the division’s top two, whilst Fulham took a huge step towards safety after earning a shock win against the champions.

Tottenham’s free-scoring forward line produced another positive performance to thrash Crystal Palace, whilst Southampton ended their winless run and there were goalless stalemates in the Midlands at Aston Villa and West Brom respectively.

Each week we pick out some of the Premier League’s leading performers, here are eight players who shone this weekend:

Fulham’s fight for survival continued with a brilliant display to win 1-0 at Liverpool, the visitors thoroughly deserving of the three points to incredibly inflict a sixth consecutive home defeat on the champions.

Scott Parker’s side were strong defensively and threatening when pushing forward, the Cottager’s backline led superbly by Joachim Andersen who has become an irreplaceable figure in this side.

The Denmark international rarely looks troubled and his passing range from deep provides Fulham with a weapon at centre-back, his ability to effortlessly find teammates with long switches relieving pressure without relinquishing possession.

Andersen’s impact since arriving on a season-long loan deal has seen him handed the armband and this was another strong showing in what could yet prove a momentous win for the Cottagers who are now level on points with 17th-placed Brighton and within one of Newcastle.

It’s now five clean sheets in seven games for Fulham and the centre-back pairing of Andersen and Tosin Adarabioyo have been crucial to that, the latter equally commanding to record 17 clearances, a record for a Premier League fixture so far this season.

Momentum appears to be with Parker’s side and their bid for survival has been boosted by a defence they can rely upon, the performances of Andersen – who does not have a permanent clause in his loan to Craven Cottage – unlikely to have gone unnoticed by bigger sides in need of defensive reinforcements, including those beaten at Anfield this weekend.

What a season Luke Shaw is having with the left-back having been amongst the Premier League’s most consistent performers, the Manchester United star once again superb as his side secured a derby day win at the Etihad.

Shaw shackled the threat of Riyad Mahrez for much of the game and threatened in signature fashion when marauding forward from deep, the 25-year-old wasting a good chance in the first half before putting the seal on a memorable win for the Red Devils.

Dean Henderson released the defender with a long throw and Shaw galloped forward into opposition territory, exchanging passes with Marcus Rashford before firing a low finish beyond Ederson to double the visitor’s lead.

It was Shaw’s first goal of the season in a career-best campaign that has delivered six goal involvements in the Premier League so far, his all-action displays having surely made him a certain starter for England this summer.

Shaw’s renaissance has been one of the feel-good stories in a campaign full of resurgences, a player written off on several occasions now one of the division’s best and a key figure for Manchester United – and potentially England.

Harry Kane is in the midst of a fantastic individual campaign and continued to enhance his status as one of the Premier League’s most influential players this weekend.

Kane was involved in all four goals as Tottenham thrashed Crystal Palace 4-1, finishing the clash with two assists and two goals to take his total to 29 goals involvements in just 25 league appearances.

The England captain appears to have been given a new lease of life following the return to form of Gareth Bale, the two dovetailing in fine fashion this weekend with Kane providing the assist for each of the Welshman’s goals against Palace.

Kane then registered his 15th league goal of the season with a sensational whipped finish from just outside the penalty area, before number 16 followed soon after from close range to move within one of Golden Boot leader Mohamed Salah.

Harry Kane is having a sensational 2020-21 season. ⭐ pic.twitter.com/zxZxRKe3P1

Kane has taken his game to new levels this season and could yet become the first player in more than two decades to finish top of the division for both goals and assists, and only the third overall after Andy Cole (1993/94) and Jimmy Floyd Hasselbaink (1998/99).

With an in-form Bale and Lucas Moura adding to a supporting cast already including Son Heung-Min, Spurs now appear to have the players and system in place to climb into the top four and challenge for major silverware this season.

Aston Villa’s hopes of securing European football were dealt another setback following a goalless draw with Wolves, a clash most likely to be remembered for the opportunities spurned rather than any stand-out quality.

In the midst of the wastefulness, however, was another commanding performance from Tyrone Mings, who has been the defensive leader of an Aston Villa side who trail on Manchester City for clean sheets this season.

Mings thrives when tasked with no-nonsense defending and this was an occasion which suited his strengths, heading and clearing everything that came his way and putting his body on the line for the cause.

Introduced into the England squad over the past 18 months, his left-footedness makes him an intriguing option if Gareth Southgate sticks with a back three and his backs-to-the-wall style of defending has won him an admirer in the Three Lions’ boss.

Southampton faced bottom side Sheffield United this weekend looking to end a run of nine games without a win, the drought ended following a 2-0 win at Bramall Lane which eased the pressure on manager Ralph Hasenhuttl.

The Saints were dealt a huge blow when Danny Ings was forced off injured after just 13 minutes, but it was the forward’s replacement who helped seal a vital three points for the visitors.

Adams had failed to score since finding the net against Sheffield United in December and the 24-year-old continued his impressive record against his former side by producing a moment of magic to double Southampton’s lead.

Stuart Armstrong’s knockdown fell invitingly for the forward, who smashed an unstoppable half-volley into the top corner to end his personal drought and ensure Southampton returned to winning ways.

Utilised at left-back this weekend as Fulham won at Liverpool, Aina produced a strong display with his electric pace forcing the Reds backwards down the right.

Aina combined well with Ademola Lookman and was always an options with his overlapping runs, whilst he was barely troubled by the underwhelming threat of Xherdan Shaqiri and Neco Williams.

Was handed another test following Mohamed Salah’s move to the right, though ensured the Egyptian was hardly involved as the Cottagers sealed a fifth clean sheet in just seven league fixtures.

Fulham have operated the loan market superbly this season with Aina amongst a host of loanees to have impressed for Scott Parker’s side, the versatile Nigeria international now making his mark in the Premier League after failing to make the grade at Chelsea.

Anthony Martial’s name has been greeted with groans when it has appeared on the Manchester United teamsheet at times this season, last season’s leading scorer having endured a hugely disappointing campaign so far.

Martial’s perceived lack work-rate and intensity continues to ensure he polarises opinion amongst the Red Devils’ fanbase, though his performance in the derby victory at Manchester City was a reminder of the quality he can bring.

The France international linked the play well from the front and help up the ball as his side’s focal point, whilst it was his enterprising run into the penalty area that brought the foul for Bruno Fernandes’ second-minute penalty.

Martial could – and should – have done better with a guilt-edged chance that came his way in the second half, but this was an encouraging performance all round as the 25-year-old looks to get back to the performances that saw him named as the club’s Player of the Season last term.

United face Milan on Thursday in the first leg of their Europa League tie with the Italian side and Martial should be provided another opportunity to restate his case as the Red Devils’ number nine.

Gareth Bale is back and his return has got Tottenham’s support dreaming of silverware this season, the winger continuing his superb recent form with another brace as Crystal Palace were beaten in north London on Sunday.

Bale took his tally to four goals in his past three league fixtures after putting Spurs in control against the Eagles, tapping home from Harry Kane’s cross to open the scoring before rising well to head home a second.

The Welshman combined well with the likes of Kane, Son Heung-Min and Lucas Moura throughout, showing a class when in possession and offering another genuine goal threat to Jose Mourinho’s side.

It’s now 10 goals and three assists in just 14 starting appearances across all competitions this season and Bale currently looks in the perfect condition to have a major influence over the second half of the campaign.

Spurs’ win closed the gap on the top four to just two points ahead of Chelsea’s clash with Everton this evening, and with a Europa League knockout stage campaign and Carabao Cup final to come, hopes will be high the 31-year-old can produce more match-winning moments in the coming months.