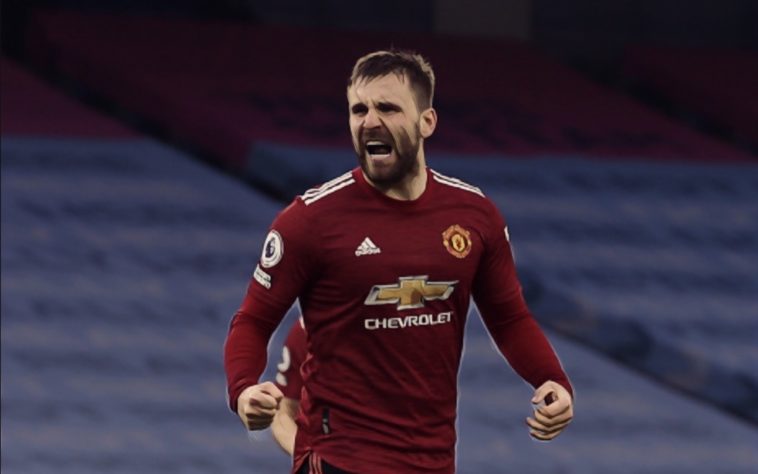 Elsewhere Granit Xhaka gifted Burnley a point with a moment of madness at Turf Moor, whilst Gareth Bale’s renaissance continued with a new-look forward line offering huge promise for Jose Mourinho and Tottenham.

Following the latest action we’ve picked out some of the division’s stand-out performers, here is the Football Faithful’s Premier League Team of the Week:

Trusted once more in the absence of David de Gea, Dean Henderson coped with the pressure of the Manchester derby admirably to stake his claim to be the club’s long-term number one.

He dealt with the opportunities the home side created with minimal fuss throughout and made six saves to secure a clean sheet at the Etihad, whilst it was the England international’s quick-thinking and sound distribution which started the passage of play for Manchester United’s second goal.

De Gea has found himself under increasing scrutiny this season and more performances of this standard may lead to a rethink from Ole Gunnar Solskjaer on his goalkeeping options.

Perhaps partly culpable for Adam Lallana’s opener for Brighton following a wasteful throw, Amartey bounced back to become the unlikeliest of match winners for Leicester as the Foxes got their push for Champions League football back on track at the Amex Stadium.

The Ghana international made a number of vital interceptions in the second half as he filled in at right-back in an injury-hit Leicester side, before finding himself in the right place at the right time to turn home Marc Albrighton’s corner following a mistake by Brighton goalkeeper Robert Sanchez.

It was incredibly the defender’s first goal in more than 1,500 days and could yet prove crucial to Brendan Rodgers and his side as they seek a Champions League return.

What a signing the Denmark international has proven to be for Fulham this season, his loan arrival from Lyon having contributed towards a much improved defensive record with the 24-year-old having become the leader of a Cottagers defence which is providing the platform for their climb towards safety.

Fulham have now lost just one of their past seven games and secured their most impressive result of that run after inflicting more Anfield misery on the champions, a solid defensive display ensuring a fifth clean sheet in seven for Scott Parker’s side.

Andersen was rarely troubled and led the backline superbly, whilst his distribution – including pinpoint passes from deep into the path of Ademola Lookman – provided Fulham with a way out when under pressure.

The centre-back was classy and composed and won 100% of his tackles, in addition to making four ball recoveries and four interceptions. His latest performance is only likely to have increased speculation surrounding his long-term future with Tottenham and Liverpool recently linked.

Alongside Andersen in our Team of the Week is centre-back partner Adarabioyo, who alongside his Danish teammate has proven excellent business for Scott Parker and Fulham.

The west Londoner’s were in desperate need of defensive reinforcements with their promotion-winning backline having looked out of its depth at the higher level, and the signings of Andersen (loan) and Adarabioyo (£2m) have proven to be like winning a bet on one of the best gambling sites like Ufabet, with the pair forming a superb partnership.

Since both signing on deadline day in the summer, only Manchester City and Chelsea have conceded fewer than Fulham’s 21 goals with their defensive strength helping them close the gap on both Brighton and Newcastle above them.

☄️ Tosin Adarabioyo made 17 clearances in @FulhamFC's 1-0 win at Liverpool today, a record in a Premier League match this season pic.twitter.com/WCP0ooIOQf

Adarabioyo was a stand-out figure in the 1-0 win at Liverpool this weekend as he made a huge 17 clearances, the most by a Premier League player in any fixture so far this season.

Luke Shaw’s superb season continues to go from strength to strength with the Manchester United left-back now surely a certain starter for England at this summer’s European Championships.

Shaw was disciplined defensively once more and enjoyed a moment to savour as he doubled the visitor’s lead with his first goal of the season, surging forward from inside his own half before finishing the move with a low finish beyond Ederson.

It’s now six goal involvements for the 25-year-old this season in what has proven to be the best campaign of his career to date, Shaw – alongside Bruno Fernandes – an irreplaceable figure in this Red Devils’ side at present.

James Ward-Prowse remains the heartbeat of Ralph Hasenhuttl’s side and helped Southampton end a run of nine games without a win this weekend, scoring the opener from the penalty spot as the Saints won 2-0 at Sheffield United.

The England international stepped up confidently to dispatch his spot-kick impressively, his sixth league goal of the campaign and just one short of the career-best seven he netted in 2018/19.

This was a signature performance from the Southampton captain as he worked tirelessly to win second balls and plug gaps in midfield, his energy and drive invaluable to Hasenhuttl as he looks to turn the tide on the Saints’ struggles of late.

Covered the ground well and pressed superbly as Fulham secured a thoroughly deserved three points at Liverpool, the visitors the better side for much of the contest to take all three points against the champions on Merseyside.

It was Lemina’s tenacity which led to the only goal of the game, the midfielder robbing Mohamed Salah of possession inside the Liverpool penalty area before rifling home a pinpoint finish to open the scoring.

The goal was reward for a confident display from Scott Parker’s side and could yet prove crucial in their battle to secure their Premier League status.

Gareth Bale is back enjoying his football again and what a welcome sight that is for Tottenham, the winger’s recent renaissance continuing as the north London side thrashed Crystal Palace 4-1 on Sunday.

Bale opened the scoring from close range after tapping in Harry Kane’s cross, the two players dovetailing superbly throughout with the former adding a new dimension to the Spurs attack following his return to form and fitness.

The Welsh international was excellent in possession throughout and showed his predatory instincts to double Spurs’ lead, reacting first to head home a second for his fourth goal in three league fixtures.

Jose Mourinho afforded the winger some rest with 20 minutes remaining ahead of Thursday’s meeting with Dinamo Zagreb in the Europa League, and Crystal Palace will no doubt have been relieved to see the 31-year-old depart for the substitutes’ bench.

Fulham’s bright spark for much of the season, Ademola Lookman was once again a key figure as his side boosted their survival hopes with a 1-0 win at Liverpool on Sunday.

Lookman provided an outlet wide on the left with the long pass from centre-back Joachim Andersen a feature throughout the contest, the livewire winger providing young right-back Neco Williams with no end of problems throughout.

The 23-year-old was involved in much of the visitor’s best attacking play and will be another star Fulham will be desperate to tie down on a permanent basis should they continue their fine form and climb out of the relegation places.

Anthony Martial’s form has been a continued source of criticism this season with last season’s leading scorer having failed to build on a career-best 2019/20, the France international having produced a series of underwhelming performances as the Red Devils’ number nine.

This was a much-improved showing as the forward impressed in Manchester United’s derby victory at the Etihad, winning a penalty inside the opening seconds which provided the chance for Bruno Fernandes to open the scoring.

Questions remain over his work ethic but he linked the play well from the front and dropped deep to involve himself in midfield, a spurned opportunity in the second half perhaps the only blight on an otherwise encouraging display from a player who has struggled to win favour with the fans in recent months.

Sensational as the leading light of a Spurs attack which has shown signs of igniting in recent weeks, Kane is enjoying the freedom provided to him by a resurgent Gareth Bale and the effervescent talents of Son Heung-Min and Lucas Moura.

Kane took his tally to 16 league goals for the campaign with a brace against Crystal Palace on Sunday, his double coming after extending his lead as the league’s top provider with two assists for Bale.

The England captain was involved in all four goals for Spurs with his first strike sublime, whipping a sensation delivery beyond Vicente Guaita from outside of the box following Matt Doherty’s cut back.

Kane’s second goal, provided by Son, also saw the duo break the Premier League’s all-time record for goal combinations in a season, their 14th of the campaign eclipsing the landmark set by Alan Shearer and Chris Sutton for Blackburn in 1994/95.

Harry Kane is having a special season ✨ pic.twitter.com/fuIuITcheb

With the return to prominence of Bale alongside that duo, there should be huge optimism at Spurs that the club can close the gap on the Premier League’s top four.