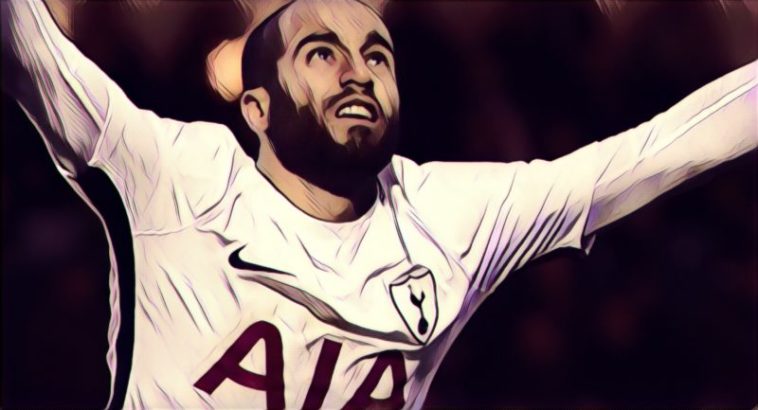 Spurs travel to Stamford Bridge this Sunday to face Chelsea in what is a crunch showdown in the race to finish in the top four in the Premier League this season.

Mauricio Pochettino’s men hold the advantage over their London rivals in terms of league position going into the game, currently sitting in fourth position and five points clear of Antonio Conte’s side.

Chelsea know a loss to Spurs will almost certainly end their hopes of qualification for next years Champions League. However they will also be aware of their visitors terrible record at Stamford Bridge, a ground they have not won at since 1990.

Despite, his sides poor record in this fixture, Spurs January signing Lucas Moura has revealed that he looking forward to Sundays game, and the Brazil international believes his team have a great chance of securing a positive result.

“It’s true, it’s a big game and I can’t wait for it,” Lucas told the club’s official website. “I’m excited to be around, to hopefully be involved and I believe firmly that we can win.

“This year we are very good – we’ve had great games against Manchester United, Arsenal and even against Juventus over the two matches, so I’m sure we can produce a great game against Chelsea also because I think we are very, very talented.

“I’ve been waiting for this kind of match. The Premier League is the best league in the world and I’m happy to be here and to hopefully be involved in a London derby like this. It’s a big, big match, I’m excited for it and this week we will all prepare very well for it.” Moura told Spurs official website.