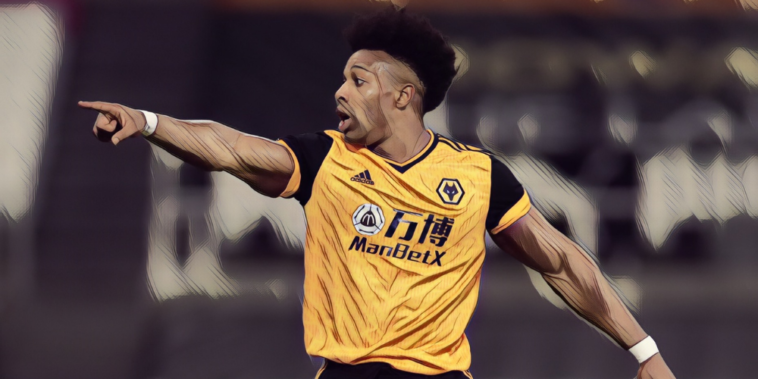 Tottenham are said to be interested in signing Adama Traore with Nuno Espirito Santo eyeing a reunion with the Wolves winger.

The north London side are continuing their rebuild this summer and are keen on a deal for Traore before the end of the transfer window, with Wolves reportedly willing to sell the Spain international after three seasons at Molineux.

Nuno signed the 25-year-old during his time at Wolves and is interested in a reunion at Spurs, as the new manager looks to bolster his attacking options with the signing of the explosive star.

Liverpool, Chelsea and Leeds have also been credited with an interest in Traore, with the Mail reporting that Wolves would be hopeful of banking a similar fee to the £45m deal that saw Diogo Jota move to Liverpool last summer.

Spurs have been busy during the transfer window so far and have confirmed the signings of Bryan Gil and Pierluigi Gollini from Sevilla and Atalanta respectively, whilst the club are pressing ahead with plans to sign centre-back Cristian Romero.

Talks have also been held with Bologna over Takehiro Tomiyasu, whilst Spurs are also keen to sign a new centre-forward before the transfer window shuts, with Danny Ings and Dusan Vlahovic having been named as potential targets.

Erik Lamela, Toby Alderweireld and Juan Foyth have all departed in a bid to offset costs, whilst the club are open to offers for the likes of Moussa Sissoko, Davinson Sanchez, Eric Dier, Serge Aurier and Joe Hart.