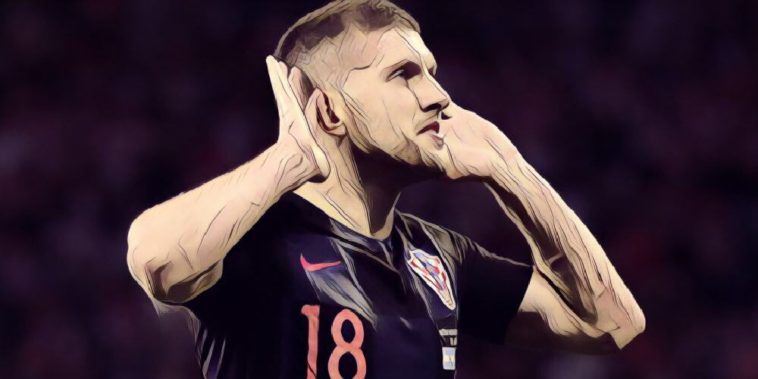 Tottenham Hotspur are eyeing a move for Croatia winger Ante Rebic according to reports today.

The 24-year-old was involved in the high profile cracker against Argentina on Thursday night at the World Cup, capitalising on an awful clearance by Chelsea goalkeeper Willy Caballero to fire the Croats into the lead.

They would eventually go on to win the game 3-0 to secure their place in the last 16 with a game (against Iceland) to spare, and leave Argentina’s hopes of progression hanging in the balance.

Reports in Germany now suggest that Spurs boss Mauricio Pochettino is keen to bring the winger to the Premier League.

Bild claim that his club, Eintracht Frankfurt are willing to cash in on the wide man, and have set their asking price at a very reasonable £26.3million.

While Tottenham have secured the future of Harry Kane at White Hart Lane for the long term future, and hope to do the same with Dele Alli, there could be a number of high profile exits too.

Toby Alderweireld and Danny Rose have both been linked with a move to Manchester United, while Mousa Dembele and Moussa Sissoko could also be leaving.