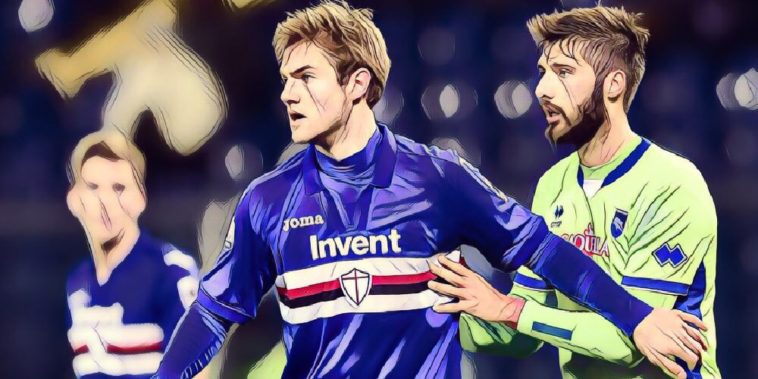 Manchester United and Tottenham are believed to be keeping an eye on Sampdoria’s Danish defender Joachim Andersen.

The 22-year-old has shone in Serie A since arriving for £1.25m from FC Twente in 2017 and has attracted the interest of some of Europe’s leading clubs.

Manchester United boss Jose Mourinho has been keen to add to his defensive ranks having grown frustrated by his current options. Victor Lindelof and Chris Smalling have emerged as Mourinho’s preferred pairing without entirely convincing in a team which has conceded the most goals in the Premier League‘s top ten.

With United currently languishing in seventh place, the Portuguese is keen for January reinforcements as they bid for Champions League qualification.

Andersen is also said to be interesting Mauricio Pochettino and Tottenham. Having made no summer signings, Spurs are said to be targeting a centre-back with Toby Alderweireld’s future at the club uncertain.

The defender has been a regular for Denmark’s Under-21 side and is in line for a senior call-up. He is likely to command a fee in the region of £25m and the Mirror are reporting that the Premier League duo are heading the queue for his signature.