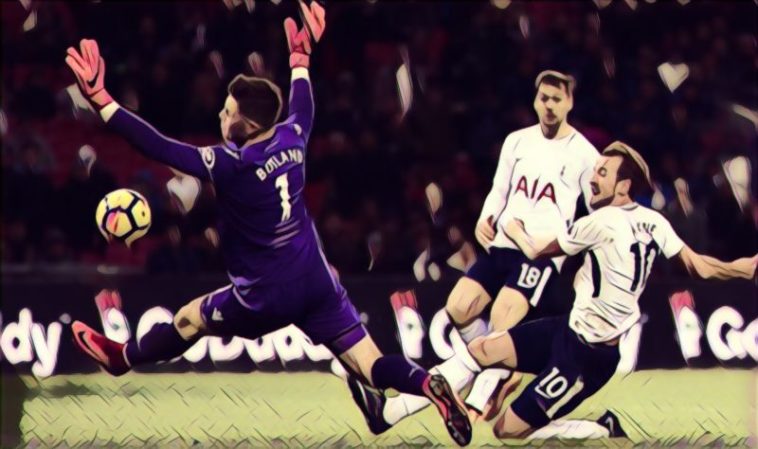 Spurs ran riot at Wembley today, with their front four all providing goals or assists in an emphatic 5-1 win against Stoke.

Son is the thorn in Stoke’s Side

Son had a 88% pass accuracy, created six chances, scored a goal, assisted another, in a complete man of the match performance. He has now scored in three consecutive matches and Spurs are a different outfit and much less relient on Kane (although he still bagged a brace), with Son on the wing cutting in. If Spurs are to go far in the UCL, Son is a key man, much more important than perhaps he is given credit for. One of the few players in their team that continuously runs at defenders.

Stoke concede…again… and again and again

Often touted as a tough team to beat, Stoke have now conceded 35 goals in 16 Premier League games this campaign. But, for Butland today, they could have conceded another few. They need to go back to Stoke basics whether with or without manager Mark Hughes, and they need to do it quick, or they may find themselves in the relegation zone at the turn of the year.

Shaqiri – the problem and the solution?

Shaqiri offensively is the answer quite often for Stoke. He has four goals and five assists in 15 league games this season. But defensively, he seems to offer very little, he rarely tracked back today, leaving young Edwards isolated, usually defending one-on-one. Stoke need to find a way to have a free roaming Shaqiri, one that is able to do damage, but right now a clean sheet wouldn’t go amiss.

Harry Kane. There isn’t much else to say, it’s all been said before. He bagged a brace today. He had a couple of quieter games but now is closing in on Alan Shearer’s record for most Premier League goals scored in a Calendar year. Shearer had 36 goals, Kane currently has 33 goals with 4 more League fixtures to play this year. Can he do it? I think yes.

No Champions League until February, are Spurs gonna go marching on up the table now?

It’s been apparent whether consciously or not that Spurs have been scintilating in the Champions League, and mostly lacklustre in the league, sometimes getting results against the run of play (Palace a prime example) but now with no Champions League until February, they can solely focus on the league for the next two months. A confident run of form in time for the knockout round will be crucial and I wouldn’t be surprised if they are top four by February.