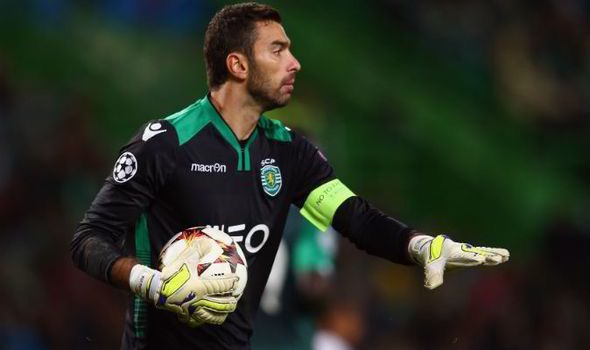 PSG are eager to sign Rui Patrício, but they will have to invest €30m to satisfy their needs.

Rui Patrício has been sparking interest all over the globe for the past year, as a result of his remarkable form for both club and country, with PSG surfacing as the most recent contender.

Although the Parisian club is on its way to try and form a solid attacking force, with attempts to secure the likes of Neymar and Alexis Sanchez, PSG is equally worried with the goalkeepers it currently has available.Unai Emery is looking to find a suitable replacement for Kevin Trapp, following the German’s underwhelming form during the pre-season and last season’s uncertainty regarding the goalkeeper position.

Abola reports that PSG representatives have finally reached out to Sporting Lisbon, confirming previous rumours regarding their interest in the Portuguese goalkeeper.

Bruno de Carvalho, Sporting’s club president, has responded firmly, stating he will only consider letting him go for a minimum offer of €30m plus €5m in bonuses.

The French veteran, Cédric Carraso, is being rumored to replace Rui Patrício, according to L’Equipe, should he indeed end up leaving Portugal.

Rui Patrício is one of the club’s most loyal and influential players, having made 412 appearances in 11 different seasons for Sporting Lisbon. 2016 was a huge year for the Portuguese, having ranked 12th in the 2016 Ballon d’Or rankings. He was also one of the main people responsible for Portugal’s first ever European Championship title, and as a consequence was named in the Euro 2016 team of the tournament.