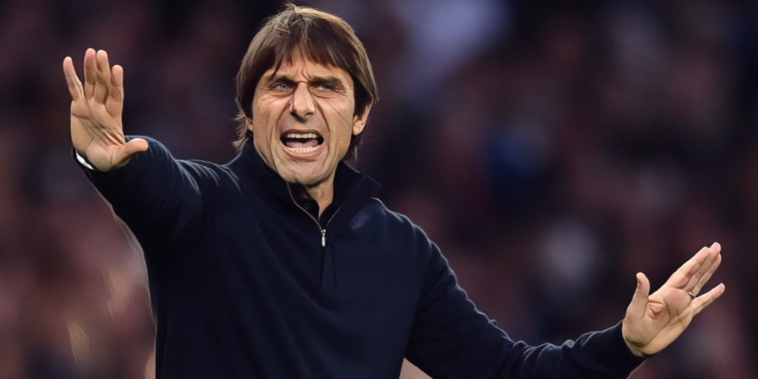 Antonio Conte was in a spiky mood as he fended off questions regarding Tottenham’s ‘mentality’, while also discussing criticism of the club’s recent performances.

Spurs have lost five of their last nine Premier League games to drop out of the top four, following a disappointing North London derby defeat to Arsenal on Sunday.

Conte’s side face another difficult challenge with a trip to face Manchester City on Thursday evening and the Italian insists his side are ‘working really hard’ to turn around their stuttering form.

“What I can say is only one thing, we’re working really hard every day for this club. Then if there’s criticism, we have to accept it,” Conte said at his pre-match press conference.

“It’s difficult to understand the criticism because we’re doing what he have to do in our possibility. We have to accept but my answer is always the same. I put everything and the players they do the same for this club, for the fans. I think much more than this it’s very very difficult to do for me.”

Spurs have endured a difficult record against the Premier League’s ‘Big Six’ clubs this season, having taken just one point from five fixtures against the division’s top teams. Conte’s side also lost at home to Champions League chasing Newcastle, but the 53-year-old hit back at suggestions his side lack the mentality to succeed in the biggest games.

“If it’s only about the mentality I think we can solve the situation because the mentality of this team is really strong. Believe me, believe me. But if you reduce it only to mentality it’s a poor consideration in my opinion.”

Conte was asked for his assessment on Spurs’ record in ‘Big Six’ games and insisted that multiple factors can impact results. He reiterated that Spurs are ‘doing the maximum’ to put together a consistent run of performances.

“What I can say is that usually when you lose the game, it means the opponent showed to be stronger than you. And then it can happen in the game like against Arsenal that their goalkeeper was the best player on the pitch and we lost,” he said.