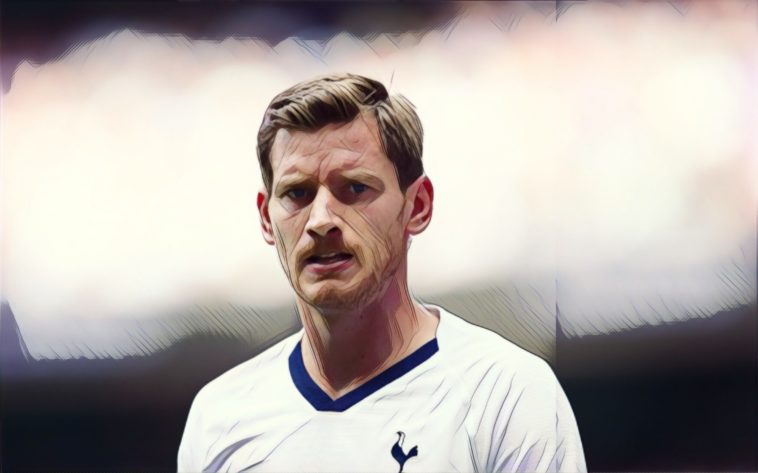 Jan Vertonghen has hinted he could be set to leave Tottenham after admitting ‘Spain and Italy are options’ when his contract at the north London side expires this summer.

The Belgian international has entered the final months of his contract at the club with talks over an extension having failed to find an agreement at present, with an increasing likeliness that Vertonghen’s eight-year spell at Spurs is set to come to an end.

Doubts currently remain over football contracts set to expire in the midst of the coronavirus crisis, though the 33-year-old’s latest comments seem to indicate Vertonghen is looking beyond the end of the current campaign.

The centre-back has been discussing his next career move, saying he is open to embracing a new language and culture, with both Spain and Italy among his potential options.

“I want to sign with the right club. It could be Spurs, or another club,” Vertonghen told Belgian outlet Play Sports Kot.

“It must be a club with ambition. I want to play in Europe, as the national team is important for me.

“I want to play in Europe and learn another language. Spain and Italy are options. And the duration of the contract will also play a role.”

Vertonghen also revealed that the has been an increase in interest in his signature since the outbreak of the coronavirus crisis, with clubs seemingly seeking cost-efficient additions following the revenue loss caused by the global pandemic.

“It might sound weird, but since the corona crisis there is more interest. I’m a free agent and some clubs might not have a lot of money.”