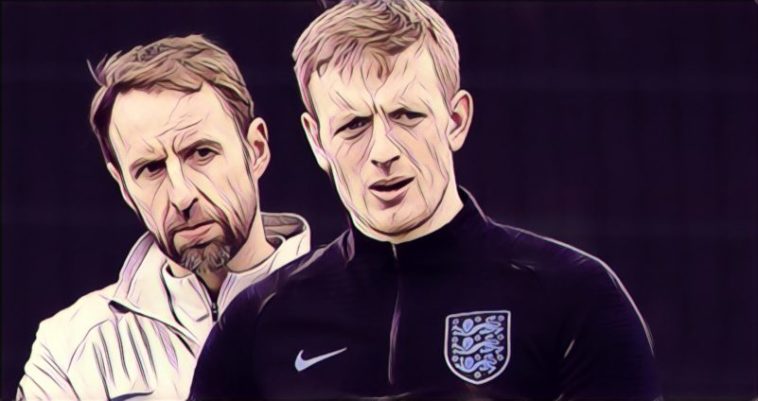 Since engineering an unlikely World Cup semi final last summer, Gareth Southgate has earned universal praise for turning around a stagnant and faltering group of players.

Say what you like about the calibre of opponents he has beaten, you cannot deny the football and individual quality on display has been steadily improving over the last 12 months.

Southgate has been blessed with arguably the most exciting crop of youngsters coming through in decades. His zeal to afford an opportunity to so many top young players is admirable and should become the blueprint for England.

However, one area of his squad remains ominously impoverished of quality and depth. Between the sticks, England’s renaissance simply hasn’t spread and it’s an area which requires attention before it becomes critical.

Going into this international break, Jordan Pickford stubbornly faced the media after a rocky patch at club level. The 25-year old certainly has the assured confidence of youth, but he also showed tremendous naivety with his comments.

The Everton keeper questioned why his form had been under such scrutiny in recent weeks. It was as though the former Sunderland man did not believe himself worthy of criticism.

Perhaps he believes his heroics against Colombia in Russia and clinching of the number one jersey, have installed him at a level where criticism is petty or unworthy.

His form has been up and down in recent months for Everton. With the Toffees conceding goals for fun this season, surely Pickford has to be partly responsible? His recent mistakes at Newcastle for instance, saw the keeper spread uncertainty and rashness throughout the back four, as he lacked decisiveness and authority.

This form is yet to truly blight his England performances, but there will be more testing opponents on the horizon for the national team and they need to have every faith that their man between the sticks can save them if needs be.

Pickford’s current status as England’s number one is deserved, despite some howlers this season. Perhaps what he needs to keep his performances up for club and country is some genuine competition.

These days, whenever a yellow bar flashes dramatically across our news screens, excitedly announcing Southgate’s latest squad to do battle for the Three Lions, there is little surprise at all to see Pickford preserved as number one.

This hasn’t always been the case though and just twelve months ago, the position was up for grabs. The likes of Nick Pope, Jack Butland and Tom Heaton were all contenders to succeed Joe Hart.

As it currently stands though, Jordan Pickford is head and shoulders above his previous competition. Butland has stagnated at Stoke City in the Championship, while Tom Heaton is presently entrenched in a relegation slog with Burnley.

None of them are anywhere near the required standard to don the gloves and supplant Pickford and this lack of depth and competition is an issue for Southgate to ponder.

It’s get’s no better when you look further down the pecking order, at the young stoppers coming through the ranks in the domestic game.

Curtis Anderson, a youth World Cup winner in 2017 has departed Manchester City for Charlotte Independence of the American second tier. Newcastle’s Freddie Woodman has had brief flurries on loan in the SPL while Angus Gunn has only just gotten a foothold in the Southampton side after a big money move from Man City last summer.

Whether it be a lack of game time or a shortage of keepers playing at an adequate level, there is not a great wealth of options available to Southgate and his team. It’s something that he will need to see remedied before it becomes an Achilles heel to his side’s potential in future competitions.

English keepers remain locked out of the top six clubs and at best are preserved only in mid-table as it currently stands in the Premier League.

Pickford remains a good option and a solid enough number one. Yet, he is not quite in the category of top class. Some argue that you can get by without a top class ‘keeper, as long as your man is adequate enough.

However, should Pickford’s form remain unconvincing or injury strike, there are not a lot of options available to England. For a nation that has just mourned the passing of it’s greatest ever keeper in Gordon Banks, the lack of quality coming through the ranks remains a concern.