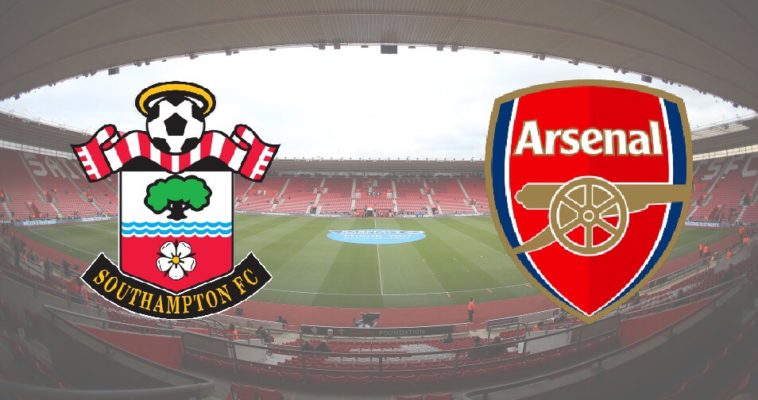 Arsenal’s hunt for a Champions League spot continues as they face  Southampton at the St. Mary’s Stadium.

Arsenal had been in an excellent vein of form until last weekend when they suffered a 3-1 home defeat to Manchester United. They followed that up with a 6-0 thrashing of BATE Borisov in the Europa League on Thursday.

Southampton meanwhile drew their last game, a 1-1 draw against Bournemouth. Their form before that was a little sketchy, winning only one of their previous five games, although that did include games against Man City and Liverpool.

Shane Long could return to the side after recovering from a calf problem, while Cedric Soares is a doubt for the hosts with a hamstring injury.

As for Arsenal, Shkodran Mustafi is out with a thigh strain although Theo Walcott could return to face his formerly club.

It will be a very difficult game for Arsenal away, as it always is, against the Saints. But I expect Arsenal to somehow still manage to find their way through it as they desperately need the three points.