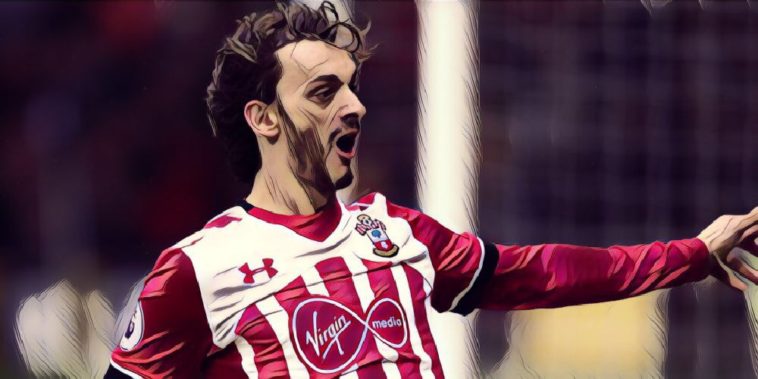 Southampton have agreed a deal to offload striker Manolo Gabbiadini according to reports in Italy.

The 27-year-old arrived at St. Mary’s back in January 2017, and made an instant impact for the Saints, netting six goals in his first 12 appearances for the club, including two in the EFL Cup final defeat to Manchester United.

However, despite his impressive start to life in the Premier League, the goals have since dried up for the Italian, who has scored just six more goals in his subsequent 43 appearances for Southampton.

According to Sky Sports Italy, the South Coast club have agreed to allow the Italian to return to his former club Sampdoria, in a deal worth around £10.8 million.

It is understood that transfer will initially be a loan deal until the end of the season, although the Serie A side will have an obligation to make the deal permanent in the summer.

It is also being reported that the deal will include a number of performance-related add-ons, with the Italian side paying a further £450,000 (€500,000) if Gabbiadini reaches an agreed goals target this season and an additional £225,000 (€250,000) if they qualify for Europe.

They currently sit in seventh in Serie A, one point behind Roma in sixth, and just three points behind Lazio in the fourth and final Champions League qualifying spot having lost just one of their last seven outings.