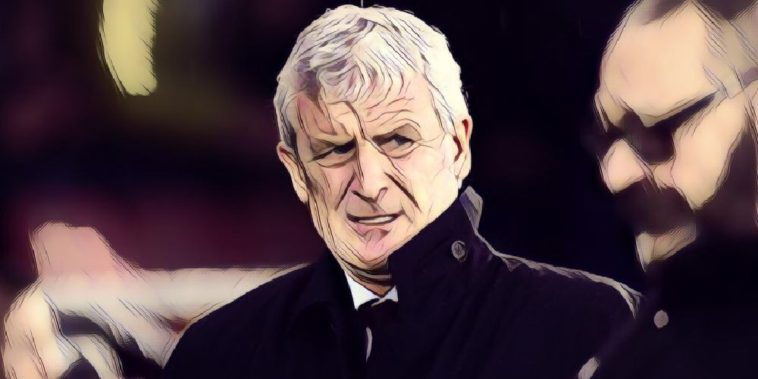 Southampton are in a real mess these days. Just one win all season has seen them slump to eighteenth in the Premier League, with a debilitating lack of confidence severely affecting their form.

Speculation continues to mount around Mark Hughes’s future, with the Welshman cutting an increasingly exacerbated figure on the touchline.

It’s all a far cry from 2016-17, a season which saw The Saints finish 8th in the Premier League and reach the final of the League Cup. The fate of the manager who guided them in that campaign is a massive indicator as to what has gone so terribly wrong on the South Coast.

Claude Puel was unceremoniously sacked by Southampton in June 2017, despite his efforts that season. The softly spoken Frenchman had kept the club in good shape on the field but was deemed to be playing too negative a brand of football. His style was not in keeping with previous managers, and the fans made their voices heard as the club struggled for form in Puel’s last few games as a manager at St.Marys.

Had Puel been replaced by a swashbuckling, adventurous and exciting coach, with a good CV then it may be easier to understand the decision. However, Mauricio Pellegrino was not that man.

It may be that Southampton’s board where trying to recreate their masterstroke of 2013. The club was heavily criticized for the sacking of Nigel Adkins, but all was forgiven when the Premier League got a look at Mauricio Pochettino. The Argentine came in and re-branded the club as a counter pressing, impressive unit with some really eye catching football. The results were excellent and the club rocketed up to the top half of the table.

However, pretty soon into Pellegrino’s reign at St Mary’s it became clear that this was not the second coming of Poch. Maybe it was because he was also an ex-Argentinean defender, who had emerged from obscurity in La liga that Southampton moved for Pellegrino. Whatever their motivation, it was obviously misguided and poorly thought out.

Mark Hughes being parachuted in, with an almost audible sigh from the Southampton fans, was proof enough that the club was struggling to regain its foothold in the Premier League.

It now looks a very strange decision indeed to have sacked Claude Puel in 2017 because of a handful of goalless draws. The club’s board had obviously enjoyed their time in the sun. Puel’s lean style of counter-attacking football was clearly too much of a compromise for them to swallow. However, just eight wins in the fifty-one Premier League games since the Frenchman’s sacking is proof enough that the club moved far too soon.

Perhaps they should have asked themselves, exactly what it was they wanted from a manager. Puel had taken them to a cup final and a top eight finish. Koeman and Pochettino had done much to raise the club’s profile yes, but they hadn’t rewritten Southampton’s history. A top eight finish represents an outstanding achievement for a club which has habitually been at the wrong end of the table throughout its history.

In Puel they had a manager more than capable of securing their status as a comfortable Premier League side. They may not have been as free flowing as most fans like, but it surely would have been a sounder decision to regroup that summer and invest in The Frenchman.

Southampton have a proud heritage as a top flight outfit, but really they are never going to push on and challenge the top six on a frequent basis. The success of Pochettino and Koeman perhaps clouded their judgement and forced their hand with Puel.

Hindsight is a great thing, but being wise after the event is not. That decision in June 2017 set in motion a rapid decline in the club which could well see them pay the ultimate price this season. Other, similar sized clubs would do well to take note and keep hold of a good manager if they’re lucky enough to get one.