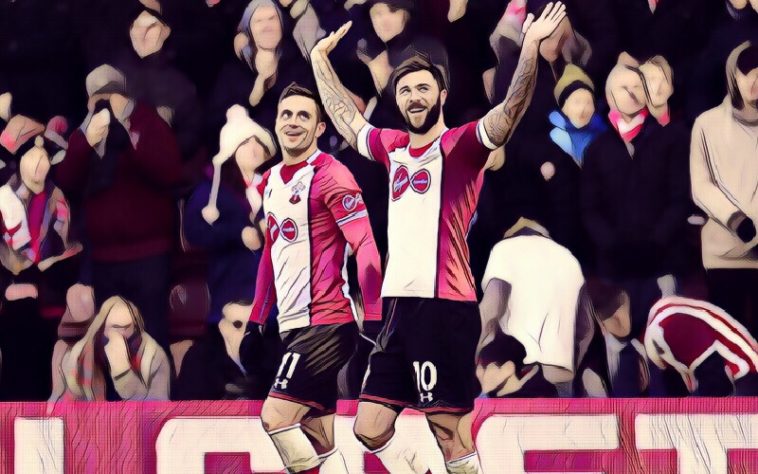 Southampton cruised to a 4-1 victory on the South Coast as struggling Everton were all at sea. Here are five things we learned.

Southampton are good on the left, the right and the middle

Southampton started strongly and created a whole host of chances down their right flank. Diagonal balls were played, often from Boufal from the left into Cedric or Ward-Prowse, and the pair enjoyed running at an aging Baines and a-not-very-strong-defensively Sigurdsson.

Ironically the first goal came from a Saints break on the left. Bertrand slid the ball into the path of Tadic who managed to slot it home. Two crosses came in from the left in the 2nd half (from Bertrand and Tadic) which Austin headed in, and the 4th goal was a whimsical shot centrally from the edge of the box. Offensively, they looked strong left, right and centre.

Every team in a slump will want to play Everton

For all of Southampton’s positives, they had only scored nine goals prior to this match. Everton are a mess at the back, lacked creativity, looked scared to have the ball and offered the home side the chance to grow in confidence.

Sigurdsson’s equaliser was spectacular but Everton can not rely on spectacular to get out of this slump. West Ham must be really excited about the prospect of facing Everton next. Until this changes, every team will be.

Everton need to settle on an offensive style

Every game there is a different offensive unit, some look better suited to playing long, some playing through. Today, Everton’s long ball tactics left Calvert-Lewin isolated. When he managed to win the ball, there was no one around but defenders.

Lookman helped to aid the solution for part in the second half but it was a little too late. If Calvert-Lewin is to be a focal point of this team then pace must be around, if not, they need to explore other options and let them bed in regularly. Players often look confused at where they should and shouldn’t be positionally.

Often frustrated with his lack of game time, he scored that wonderful solo goal against West Brom and celebrated in front of his manager. He’s been rewarded with starts and he was fantastic, playing diagonal balls in the first half to the right flank, running through players in and around the box.

He played a lovely chip over to the Bertrand who then made the cross for Austin’s first goal and Saints second. If Saints are going to continue to pick up points and cement themselves as a mid-table/top half side, Boufal is surely going to be key to this. He’s starting to make it tough for his manager to leave him out.

For their inconsistent start, Southampton find themselves in 10th place. Year in, year out, they have been written off, losing their best players and their managers. Despite some dull football at times, they’ve never really flirted with relegation. The foundations of this club are there and a Europa League push may be beginning again.