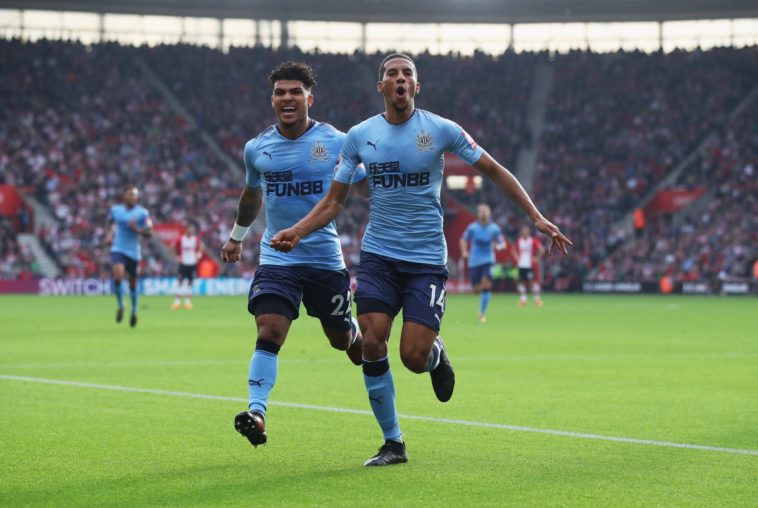 Southampton came from behind twice to hold Newcastle United to a draw at St Mary’s.

Goals from Isaac Hayden and Ayoze Perez were cancelled out by a brace from Manolo Gabbiadini. The result keeps the two sides in 10th and 9th respectively. However, both sides are without a win in their last three games. Here are five things we learned from the game:

The Saints need Manolo Gabbiadini back on form

A brace against Newcastle United isn’t quite as easy as it used to be. A resolute defence made two mistakes and the Italian scored from both. The Saints have already made one of the under-rated signings of the season by signing Mario Lemina and if Gabbiadini continues scoring, they will finish top 10 again. If he doesn’t then, they might start looking over their shoulders come January.

Newcastle’s very own Mr.Inconsistent has been consistently average since his stand-out first season in the Premier League. Perez has a work rate that managers dream of in their number 10 role. However, a lot of the time he hasn’t shown the ability. Perez won the ball numerous times in the final third and could have scored more if his end product was slightly better. Promising signs for Perez who was many fans Man Of The Match.

Once again Ritchie was the playmaker for Newcastle with a top draw pass to set up Perez for his goal. However, Davis produced an even better first time pass in the build-up to Southampton’s second. Both players showed a unique ability to split teams apart with their passing and we haven’t seen those qualities from either of their teammates on a consistent basis.

Neither Newcastle or Southampton are going to set the world alight with their offensive talent, but, both teams are solid units defensively. However, in this game, all four goals had elements of defensive errors. I feel both of these teams will finish mid-table with around 43-47 points. The main question regarding their future is, will other teams be able to take advantage of these errors and if they can, what does it mean for both teams future standings in the Premier League.

Newcastle are more of a unit than last season

When Newcastle were in the Championship last season, we often found offensively Gayle, Ritchie or Shelvey had to stand out or Newcastle would struggle. This season, only Ritchie has started strong out of the three and it is evident that every single players wants to fight for the shirt, I can’t remember the last Newcastle team who put as much effort and determination as I’ve seen from this Benitez side.