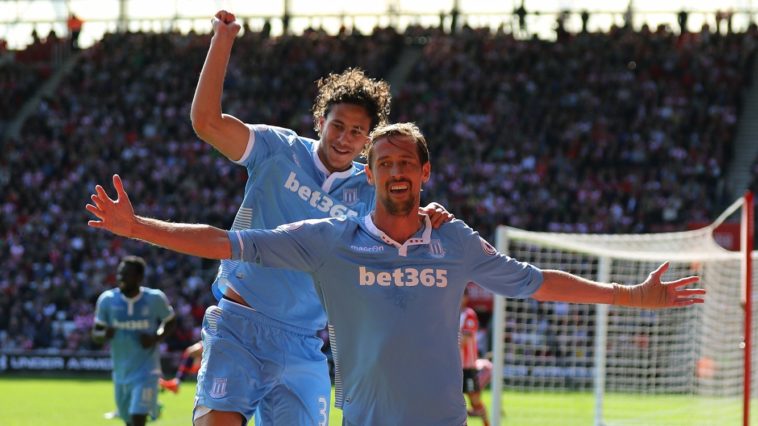 On the last day of the 2016/17 Premier League season, two mid-table teams faced off at St. Mary’s. Stoke ran out narrow victors with both sides wondering what could have been this season.

The game started quickly and Stoke were presented a great chance early doors. From Southampton’s kick off Peter Crouch blocked the ball and found Joe Allen. After some good play down the left the ball came to the back post and Mame Diouf forced a good save from Fraser Forster.

The game then became much cagier and neither side managed to grab the game by the scruff of the neck. In spite of this, Southampton were nearly gifted a goal by Stoke’s Jack Butland. Butland received a long back pass and saw Saint’s Nathan Redmond bearing down on him. Butland decided to try and take on the winger but Redmond took the ball from him. Redmond attempted to chip Butland from distance but narrowly missed out by hitting the bar.

The second half began much brighter and both teams decided to start pushing for the final three points of the campaign, despite arguably having little to play for.

The first and only goal of the game came from experienced striker Peter Crouch. Following good build up involving Xherdan Shaqiri in a more central role, the ball found its way out wide. Geoff Cameron had made a good run down the right and floated a cross to the back post. Peter Crouch did what Peter Crouch does and scored a smart header. It was the 36 year old’s 50th headed Premier League goal and his 7th league goal for the season.

With half an hour still to play and 1-0 down, Southampton found some new impetus. They began to attack the Stoke goal much more frequently. Their biggest chances came within seconds of each other on the 73rd minute mark. After a spell of possession the ball was threaded through to Oriol Romeu in the Stoke penalty area. The Spaniard put in a low cross aimed at Gabbiadini. The striker, amongst others in the scramble could not get the ball past Jack Butland. Replays show the Stoke keeper had managed to make a miraculous triple save.

Butland went on to save Stoke the 3 points on a few more occasions. The most notable came as Gabbiadini found himself clean through with no Stoke defender in sight. Butland came out and eve appeared to slip, but regained his stature and blocked the Italian’s shot.

Stoke managed to hold on for the win and moved up to finish in 13th place. Southampton still finished 8th despite the loss. Only two point separates the sides in the final Premier League table, showing just how tight the middle of the table has been this term.