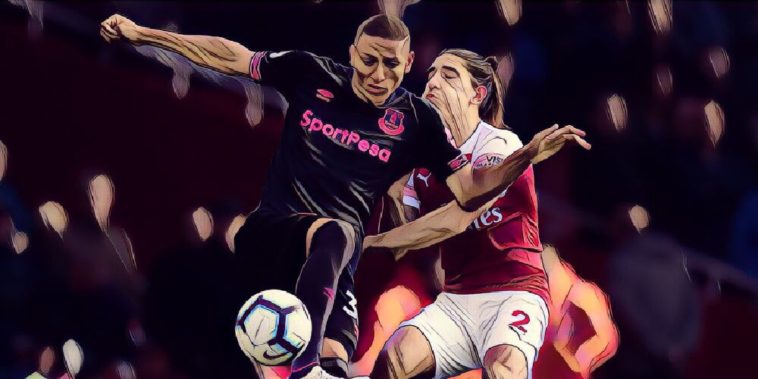 Graeme Souness has lavished praise on Everton forward Richarlison after he put in an impressive shift against Arsenal on this afternoon.

Having served a three-game suspension for a foolish headbutt against Bournemouth last month, Richarlison was thrown straight back into the Everton starting lineup for their Premier League encounter at the Emirates.

There were no signs of any rustiness from the Brazilian though who put in a dynamic display for the Toffees, and analysing his performance at half-time, Graeme Souness couldn’t have been more effusive in his praise

“I think he’s a player, and going to be a real player,” Souness told Sky Sports.

“He’s lively, he’s quick, he’s aggressive, you see a bit of strength here, he gets free, and its a good save for Petr Cech, you’d expect him to save it, but it’s his general play.

“You are talking about Arsenal are at home, and the best Arsenal player on the pitch is Petr Cech.

“You can’t play against that. Once you have backed off, you can’t go near him, shuffle him away from goal, but he’s got pace to take you on. He is a handful.”