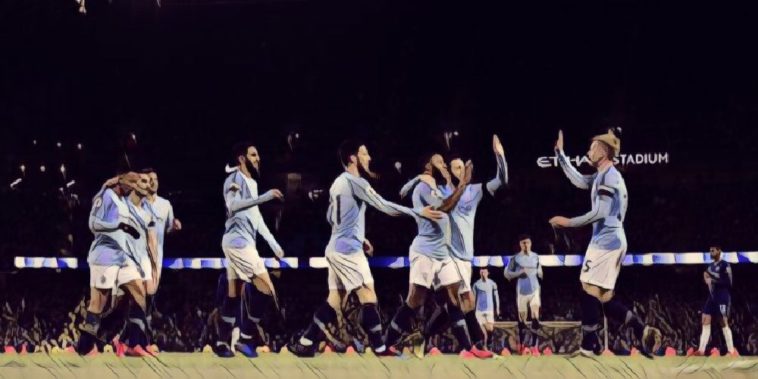 Graeme Souness was full of praise for Manchester City this afternoon having watched them dismantle Chelsea.

Having hauled themselves back into the title race in recent weeks, Man City faced a Chelsea side who had ended their unbeaten start to the season back in December.

However, it quickly became apparent that it would be not be a repeat of that result, with City opening up a 4-0 lead inside the opening 19 minutes, with two more goals coming in the second half.

It was a fantastic feast of football at the Etihad, with the reigning Premier League champions carving open the West London club on numerous occasions, and in all honesty, City could have scored eight or nine, so good was their attacking play.

“They were ruthless, devastating and clinical. City were fabulous,” Souness said on Sky Sports.

“I don’t know how to describe it but I watched the first five minutes and I thought Chelsea would have a real go.

“Some of the goals were avoidable but I was gobsmacked at the end with the way Chelsea seemed to give up.

“That’s an accusation they will have to deal with from more than me.”

The result moved City ahead of Liverpool on goal difference back to the top of the table, and Souness fired a warning to his former club.

“City have put a marker down today that Liverpool have to win every game from here on in.”