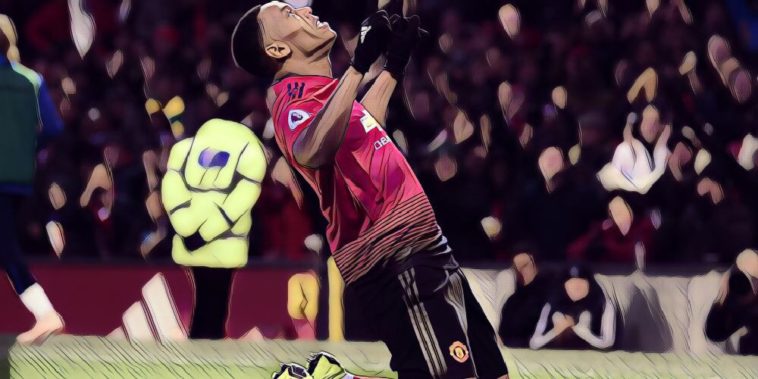 Someone must have confiscated Graeme Souness’s grumpy pills this weekend, because, for some reason, the man with the perma-scowl has been dishing out more compliments than is normal, especially in the direction of Manchester United.

The former Liverpool midfielder left his Sky Sport’s colleagues clinging to their chairs when he did the unthinkable by throwing some praise in the direction of Paul Pogba this weekend, but he also lavished praise on Manchester United winger and man of the moment, Anthony Martial, describing him as ‘the full package’.

“I think he is a very special player. I’ve always believed it,” Souness told Sky Sports.

“He’s 23 in December, he’s a baby and it is really hard for us to pass comment because we don’t work with him or know him but it looks to me that he gets discouraged easily and he gets moody.

“In terms of football, I was thinking when [Paul] Pogba and Martial were being interviewed [by Sky Sports after the game], if Man Utd can get them right, what a pair they could be together given their age.

“He possesses everything – pace, power, a super technique as we’ve seen in the last few weeks of scoring goals.

“He’s the full package if he’s right, but I don’t know if he doesn’t want to be in Manchester or he’s fallen out with the manager in pre-season because his partner has given birth, but there is a real player in there.

“If you line them all up and say ‘who has got the most potential?’, it is him and Pogba, but it is getting them to be proper players.”

Martial was in excellent form for Manchester United in Sunday’s 2-1 victory over Everton, winning a first-half penalty before scoring a sublime goal of his own with what would turn out to be the winner to propel United back up to eighth.