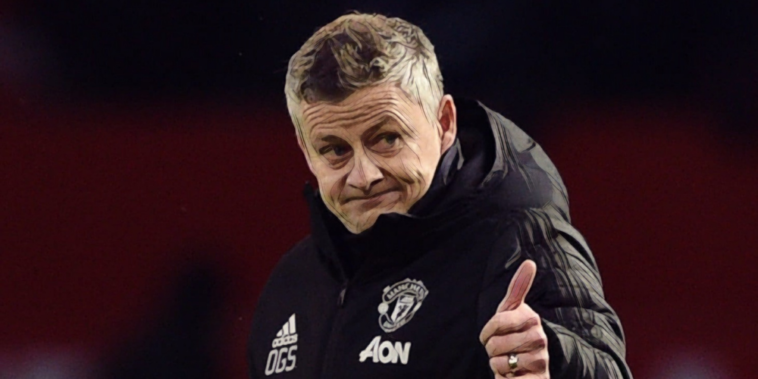 Ole Gunnar Solskjaer has told his Manchester United squad that they are better than the club’s famed treble winners of 1999, following the return of Cristiano Ronaldo to Old Trafford.

The Norwegian was part of the side which romped to a historic FA Cup, Champions League and Premier League haul in the 1998/99 campaign, with the current Man United boss memorably netting that late winner against Bayern Munich to hand Alex Ferguson’s side a remarkable European triumph.

Now at the helm 22 years later, Solskjaer’s task for the new season will no doubt be to end the club’s lengthy barren run, with it now eight years since the Red Devils last won the league title and over four years since their last piece of silverware – the Europa League in 2017.

There have been gradual improvements in recent seasons, notably a second-placed finish last term, yet the pressure is now on to take the club back to the summit, particularly after confirming the long-awaited return of Ronaldo last week.

According to the Sun, Solskjaer is believed to have told his side that the 36-year-old’s arrival means they are now favourites for the title and that the squad at his disposal is better than the one which he was a part of in 1999.

The club moved quickly in a frantic final few days of the window to bring the iconic Portugal striker back to the Premier League, having seen the serial winner linked with a move to rivals Manchester City in the days leading up to his eventual return to United.

Having been swayed to re-join his former club by the likes of Sir Alex Ferguson, Rio Ferdinand, Patrice Evra and international colleague Bruno Fernandes, Ronaldo will now be looking to take the club back to the dominant force that they were when he ended his first spell in 2009.

The former Juventus man has already proven his far from on the wane after netting twice in midweek to move clear of Ali Daei as the outright leading goalscorer in international football history on 111 goals, with Solskjaer believing the prolific forward should give them the edge this season.

As per the report, the United boss is said to view Chelsea as their biggest rivals for that crown, due to their capture of Romelu Lukaku, despite the dominance of Manchester City and Liverpool in recent years.

The irony is of course that it was Solskjaer who allowed the Belgian striker to leave the club two years ago in order to move to Inter Milan, with the hope now that the 28-year-old won’t come back to bite him by firing Thomas Tuchel’s side to the title.