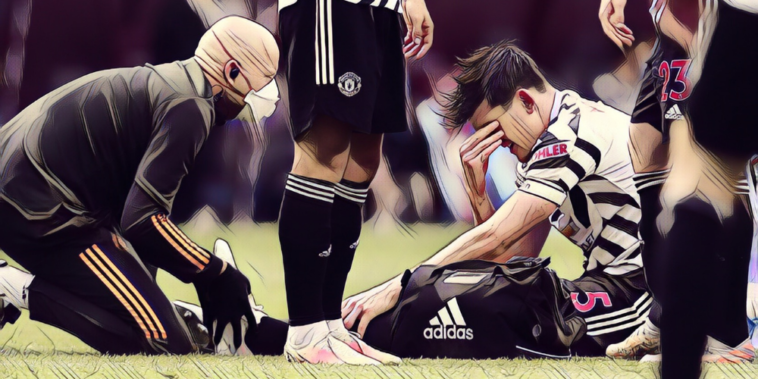 Maguire was forced off during the 3-1 win over Aston Villa on Sunday with an ankle injury, with fears the centre-back could be ruled out for the remainder of the season and upcoming European Championship.

The 27-year-old has played every single minute of the club’s Premier League campaign up until his injury setback, but now faces a race against time to prove his fitness for club and country.

Speaking ahead of the Red Devils’ clash with Liverpool tomorrow, Solskjaer has revealed Maguire has sustained serious ankle ligament damage but has not ruled out hope the defender will make the Europa League final against Villarreal on May 26.

“The good news is that it wasn’t broken,” Solskjaer told his pre-match press conference.

“But the ligament injury is serious.

“If I’m very positive, and that is maybe stretching it, I’m hopeful he might be ready [for the Europa League final].

“I don’t think he will play in the league again this season but we will do everything we can to get him ready for the final.

“You always try to look after players long-term. If he is fit he will play for us, and if he is not, he won’t. If he is ready for us he will probably be ready for the Euros [with England].”