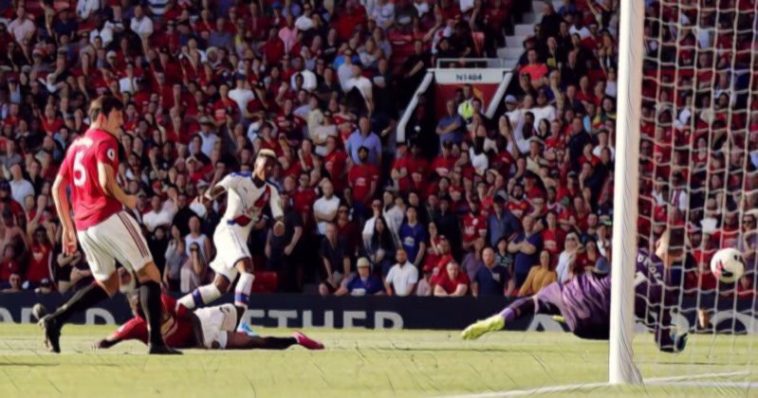 The home side dominated possession from the off but struggled to create much in terms of clear cut chances against a well organised Palace defence.

Manchester United would then be made to pay for their lack of creative thrust when Jordan Ayew finished coolly past David De Gea after a long ball forward from Palace ‘keeper Guaita.

The Red Devils continued to huff and puff during the second period but once again struggled to cut open the visitors backline, but it looked as though they had secured a point the 89th minute, when summer signing Dan James curled home a lovely effort to bring the scores level.

Roy Hodgson’s side wasn’t finished though and they broke forward deep into injury time and Patrick Van Aanholt smashed home a near-post finish to hand the south Londoners their first-ever win at Old Trafford in the Premier League.

Speaking afterward, United boss Ole Gunnar Solskjaer admitted his side were ‘poor’ in the first half, and lacked the ‘midas touch’ in front of goal.

“The first half was poor. In the first half-an-hour you’re feeling you’re controlling it and maybe it seems too easy. We didn’t really have that zip and urgency about us and they scored with the first chance. Just a long kick, it should never happen, that’s poor defending.

“But in the second half, I thought we were excellent. We were pressing, pushing, creating chances, just not scoring. We didn’t have that Midas touch today.”

United had a chance to a equalise in the 69th minute, but for the second time in a week, missed a penalty, with Marcus Rashford’s well-struck effort cannoning off the post, though the Norwegian thought his side deserved more than one chance to score from the spot.

“There were a few other [penalties we should have been given], definitely. Fine margins, isn’t it? We’re disappointed of course that we didn’t win the game and I’m sure Marcus will look at his penalty again, but he’ll definitely step up again and score.”