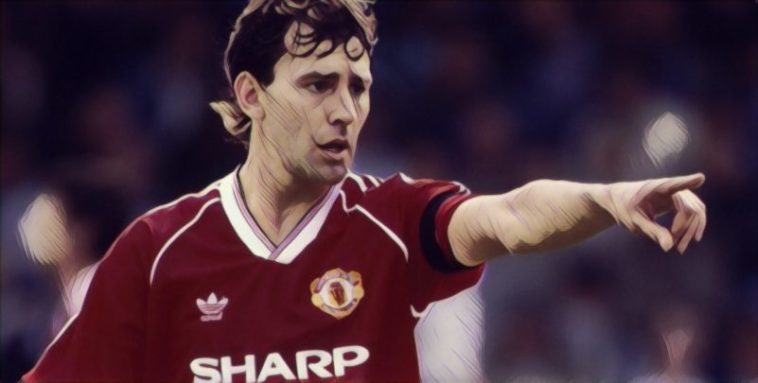 Ole Gunnar Solskjaer has suggested that he needs to add a dynamic, all-action midfielder to his ranks, citing club legend Bryan Robson as a prime example.

Despite Manchester United having been tipped to undertake a massive summer overhaul of their squad this month, their only business to date has seen the arrivals of Daniel James and Aaron Wan-Bissaka.

The club are in desperate need of centre-back this summer, with Harry Maguire thought to be their main target, while it is thought that they are chasing two central midfielders to replace the departures of Marouane Fellaini and Ander Herrera.

Speaking at a fan event in Perth alongside club legend Bryan Robson, the United boss has highlighted ‘Captain Marvel’ as an example of the type of player he needs.

“We need to win again,” the Norwegian said. “We are on the way to building a new squad. We’ve got new staff in, coaching staff.

“I believe so much in this club and this project. To be manager of this club is fantastic. I’m standing next to the history of this club.

“I never had the honour of playing with Robbo but we need a player like him in the team.

“We’re waiting for the young ones to come through because we’ve got so many exciting players and I’m sure we’ll see the best of them in the years to come.

“There are some experienced ones as well that still have a few years left in them.

“We can get back to the level we were, definitely.”

United have been linked with the likes of Bruno Fernandes, Sean Longstaff and Sergej Milinkovic-Savic, while the likes of youngsters Angel Gomes and James Garner are looking to break into the first team.

Robson tells Pogba to get his head down and play for Manchester United.