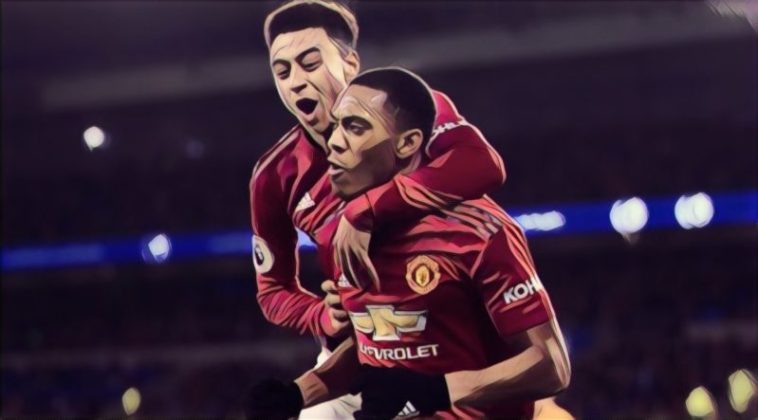 Manchester United manager Ole Gunnar Solskjaer has confirmed that he will be without star attackers Anthony Martial and Jesse Lingard for the next two to three weeks.

Martial and Lingard have been in superb form since Solskjaer took over as Manchester United boss, but both suffered muscle injuries during their sides 2-0 Champions League defeat to PSG at Old Trafford last Tuesday.

Solskjaer will now be without the talented pair for crunch encounters against Chelsea in the FA Cup and Liverpool in the Premier League.

“I think they’ll be out for two to three weeks, looking at it now,” said Solskjaer at his pre-match press conference before his sides trip to Stamford Bridge.

Despite Solskjaer tasting defeat for the first time as United boss against PSG, he has insisted his side will not panic.

“Great week. You don’t panic because you’ve lost a game, you don’t change everything, doesn’t change the mindset at all, we need to keep working the way we play football.

“We want to go down to Chelsea, we want to have Liverpool here and impose ourselves on those games and there are quite a few other teams with injuries so you have to adapt to that.”