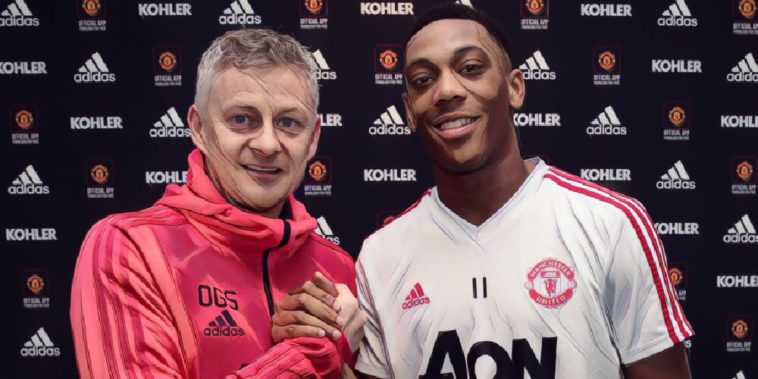 Ronaldo scored 118 goals for Manchester United, winning three Premier League titles, the Champions League, and the first of his five Ballon d’Or’s during his time at Old Trafford.

Solskjaer was a former teammate of the Portuguese superstar and after Martial signed a new long-term deal with United on Thursday, the Norwegian coach revealed that he sat the French youngster down and encouraged him to create his own legacy at Old Trafford.

“Cristiano was the best, the way he’s changed to now, that’s the player you’ve got to model yourself on and you’ve got to have more challenges ahead of you,” Solskjaer told the press ahead of his sides trip to Leicester this weekend.

“I spoke to Anthony about my experience at this club what he can achieve at this club and as I said many times, I’m here to guide players until the summer.

“You can talk about Cristiano’s career, what he’s made, how he’s got there and all the fantastic players we’ve got, so I sat down with Anthony and he wants to be a part of this and we believe the club have got a top player there.

“I’ve been here for 15 years, coach, player, manager, and I know how much this club can give to your career. I think by being honest with him it’s the best place to be. I made my career here, it was easy to sell the club to Anthony but he knows what we’re capable of.”