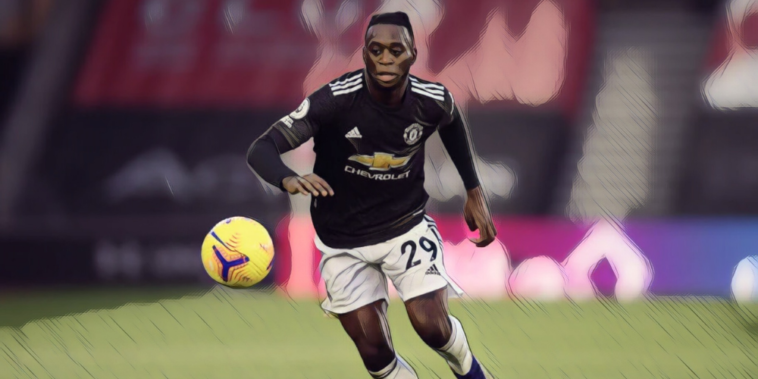 Ole Gunnar Solskjaer has backed Manchester United’s Aaron Wan-Bissaka to improve on the ball and become a ‘top full-back’ in the coming seasons.

Wan-Bissaka signed for the club in a £50m deal from Crystal Palace in 2019 and has since established himself as a fixture in the side, winning plaudits for his defensive ability and topping the Premier League’s tackling stats in 2019/20.

The 23-year-old is a prolific ball winner and again leads the Premier League for tackles this season, though the defender’s forward play has been criticised with his ability on the ball and attacking contributions questioned.

Wan-Bissaka has scored once and provided just one assist in the Premier League during the current campaign, though Solskjaer has backed the full-back to improve on that record and develop into a leading talent over the next couple of years.

“I think Aaron’s one of the best one-against-one defensive full-backs in the world,” said Solskjaer.

“He’s getting better and better on the ball and doesn’t give the ball away a lot.

“He’s not been asked to venture forward as much earlier in his career and last season was a learning one for him.

“He’s got time ahead of him and in a year or two, you’ll see a top full-back.”

Read – Friday Quiz: Have you been paying attention to the week’s biggest football stories?