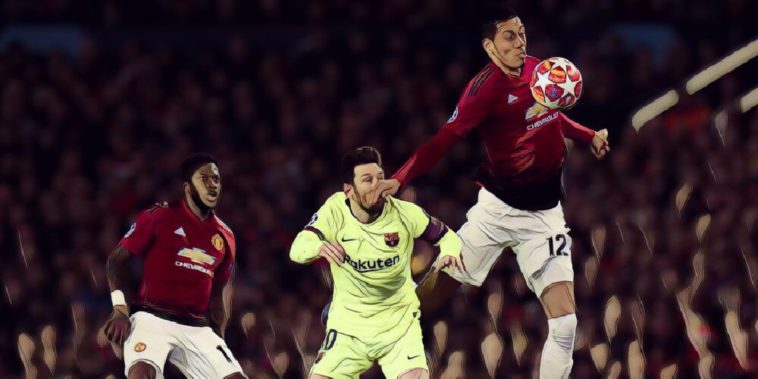 Manchester United lost the first leg 1-0 at Old Trafford on Wednesday night, with Luke Shaw’s unfortunate own goal handing the Spanish side the advantage.

Despite the defeat, defender Smalling insists his side remain confident they can progress to the last four.

“We know it can be done,” Smalling told the BBC’s Football Daily podcast.

“If we can carry on from the second-half performance when we were really on the front foot, brought intensity to the game and caused them a few problems, that’s what we need to go there and do.

“We knew that we couldn’t go completely gung-ho in that second half because there is another leg.

“We’ve got to make sure we go there with no regrets and leave everything there to give ourselves the best possible chance.”

Smalling was involved in an incident with Barcelona star Lionel Messi, with the Argentine suffering a bloodied nose following a challenge from the United defender.

Smalling says he spoke to the forward following the game, and the 31-year-old knew that the clash was accidental.

“We spoke afterwards. We had a brief chat and shook hands,” he said.

“He knew it was an accident.”