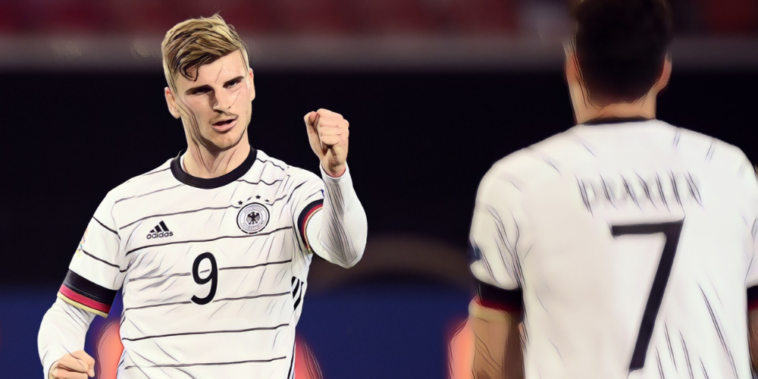 The latest international break has provided national teams with a chance to fine-tune their options ahead of this summer’s European Championship, with only limited preparation remaining before the action kicks off in June.

Several Premier League players face a fight to secure their places on the plane for this summer’s tournament and we’ve picked out some of the leading names with a point to prove ahead of the division’s run in.

Just a matter of months ago and Trent Alexander-Arnold would have been deemed a certainty to be in the England squad for the rescheduled European Championship, the Liverpool full-back having enjoyed a meteoric rise on Merseyside in recent seasons.

Alexander-Arnold broke the record for most assists by a Premier League defender in 2019/20, eclipsing his own landmark set the previous season with the 22-year-old having set new standards for productivity from full-back.

Winner of the Champions League and Premier League over the past two seasons, the defender has experience of the winning at the highest level in recent campaigns, but was a glaring omission from Garethn Southgate’s squad for March’s international break.

England have a wealth of options at right-back with Kyle Walker, Kieran Trippier and Reece James all in the latest squad and Alexander-Arnold faces a fight to secure his place with the Three Lions.

Alexander-Arnold’s performances have undoubtedly dipped during Liverpool’s disappointing title defence this season with just three assists for the campaign, though he remains amongst the most creative players in the division with only Aaron Cresswell and Andy Robertson having created more big chances amongst defenders this season.

There are few full-backs who can provide such quality from wide and whilst Alexander-Arnold is yet to truly show his best in an England shirt, he is a player capable of making a difference at the highest level.

The best football kits in the international game right now

Timo Werner’s first season at Chelsea has proven a difficult one with the forward having endured difficult periods throughout the campaign, initially beginning brightly before a 14-game goal drought in the Premier League.

After scoring 34 goals in all competitions for RB Leipzig last season, Werner has netted just five in 28 league appearances for the west London side and his confidence has suffered as a result.

The glaring chances missed have done little to boost his chances of being Germany’s centre-forward option at this summer’s tournament, despite a lack of credible options through the centre for Joachim Low.

Werner’s 15 goals at international level are the most of any player in the current German squad alongside Serge Gnabry, but he has been overlooked for a starting role during World Cup qualification wins over Iceland and Romania this month.

His faltering fortunes then continued as Germany were stunned by a shock home defeat to North Macedonia, with Werner coming on as a substitute and fluffing his lines with a horror miss shortly before the visitor’s winner.

TIMO WERNER, HOW DID YOU MISS?! 😱 pic.twitter.com/ACDf2yw26z

Recent reports have suggested that Low has lost faith in Werner against teams who sit in deep defensive lines, a tactic that nullifies the forward’s electric pace.

Werner will need to finish the season strongly with Chelsea to force his way back into the reckoning.

Anthony Martial remains a player who polarises opinion amongst supporters, a forward who mixes occasional showings of quality with indifferent displays.

Last season the 25-year-old finished as Manchester United‘s leading scorer with 23 goals to win the club’s Player of the Season accolade, revelling in a central role after being entrusted as the number nine of Ole Gunnar Solskjaer’s side.

Martial has since struggled to build on that career-best campaign in a frustrating season so far, scoring just four league goals to once again raise questions over his best position.

The forward was included in Didier Deschamps’ France squad for this month’s World Cup qualifiers and started the 2-0 win over Kazakhstan, though time is running out to convince he can be a key part of Les Blues‘ squad this summer.

Olivier Giroud’s fight for first-team football at Chelsea could open a door for Martial at international level, but he will have to show a lot more than he has in 2020/21 so far to force his way in with the world champions.

The second Chelsea forward to feature on this list, Tammy Abraham’s hopes of representing England this summer appear bleak given his struggle for minutes at Stamford Bridge.

Abraham is Chelsea’s leading scorer in all competitions this season with 12 goals but has found himself marginalised since a change of management in west London.

The 23-year-old has failed to complete a single 90 minutes in the Premier League since Thomas Tuchel’s arrival as head coach in January and has found himself omitted from the match-day squad under the German.

Gareth Southgate has a wealth of options to choose from this summer and Abraham has seen himself fall down the pecking order in recent months, having scored once in six caps since making his senior debut in November 2019.

Harry Kane is a certainty for the plane fitness permitting, whilst Dominic Calvert-Lewin appears to have made himself first-choice deputy to the Three Lions’ captain after scoring four times in six caps since making his bow last year.

Danny Ings, Ollie Watkins, Patrick Bamford and Callum Wilson are amongst those also pushing for a place, leaving Abraham with little chance unless he can find form over the Premier League’s run in.

Sergio Reguilon’s name was a notable absentee from the Spain squad for this month’s break, the full-back left out by Luis Enrique despite featuring in recent squads.

Reguilon has enjoyed an impressive debut season since signing for Tottenham from Real Madrid, but faces fierce competition to secure his place with La Roja ahead of this summer’s European Championship.

The 23-year-old has won five caps so far but the return of Jordi Alba has provided a huge obstacle to his hopes of heading to the Euros, the Barcelona full-back’s fine form rewarded with a first call-up since September 2019.

Alba was excellent after being handed a start in the 2-1 win over Georgia on Sunday, assisting both goals in a reminder of his qualities when rampaging forward from left-back.

With Valencia’s Jose Gaya a fixture in the squad in recent years, Reguilon must build a strong case for his inclusion over the final weeks of the Premier League season.

Donny van de Beek’s struggles have been well-publicised this season with the midfielder having endured a nightmare first season at Manchester United, failing to win favour and making just two starts in the Premier League.

Van de Beek has been an important part of the Netherlands set-up in recent years and will have high hopes of making an impression as the Dutch prepare for a first major tournament appearance since the 2014 World Cup.

The midfielder has failed to start any of his side’s three games during the international break, but made a goalscoring cameo off the bench as Gibraltar were thrashed 7-0 on Tuesday.

Van de Beek will need to find rhythm and sharpness over the Premier League’s run in to get into Frank de Boer’s starting side, having found himself behind Davy Klaasen at present, incidentally the player who replaced him at Ajax last summer.

Given his failure to convince Ole Gunnar Solskjaer of his worth in 2020/21 to date, regular minutes do not look forthcoming for a player who has endured the most frustrating campaign of his career.