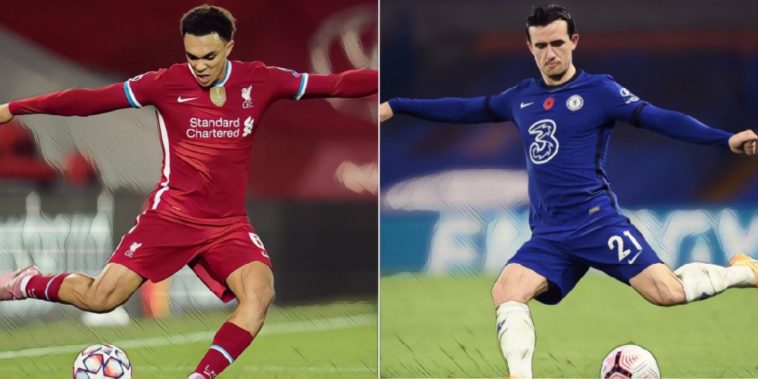 Premier League defenders have arguably never been more important in an attacking sense, the days when full-backs rarely ventured into opposition territory a thing firmly of the past.

The ever-increasing importance of attacking contributions from defenders is evidenced in the statistics over the opening weeks of the new season, with a number of defensive stars featuring highly amongst the division’s most creative players.

Here are the six Premier League defenders to create the most chances this season:

Liverpool‘s flying full-back duo have widely been lauded as the benchmark for the division’s defenders, with Andy Robertson and Trent Alexander-Arnold having set new standards for attacking returns in recent seasons.

Robertson once again ranks amongst the Premier League’s most creative defenders and has created 11 chances for his teammates so far this season, providing two assists in addition to scoring his first goal of the season against Arsenal in September.

The Scotland captain shares set-piece duties for the champions and possesses a dangerous delivery from the flank, the 26-year-old rightfully regarded amongst the world’s very best left-backs.

Only three Premier League defenders have registered more goal involvements than Lucas Digne over the past two seasons, the Everton star a player who delivers consistently at both ends of the pitch.

The France international has created 11 chances this season despite seeing his set-piece duties reduced amid the arrival of James Rodriguez at Goodison Park, providing two assists in seven league appearances so far this season.

That haul included a wonderful cross for Dominic Calvert-Lewin to head home a winner against Tottenham on the opening day of the season, the forward – who has scored more headed goals than any player since the start of last season – a regular target for Digne’s excellent deliveries.

Ben Chilwell has made an encouraging start to his Chelsea career since signing from Leicester, the 23-year-old forming part of the west London side’s lavish summer spending as they sought to solve a problem position at left-back.

Chilwell has settled quickly at Stamford Bridge and has already demonstrated his ability to be a forward threat, with only two defenders having created more than his 11 chances so far this season.

Chilwell has scored twice and assisted a further two goals in just five league appearances for Chelsea, with no defender in the division having bettered his average of 2.2 key passes per game.

Manchester City‘s left-back position has been one that has caused headaches for Pep Guardiola in recent times, a succession of players including Fabian Delph, Benjamin Mendy and Oleksandr Zinchenko having failed to convince on a regular basis.

Guardiola has this season looked to right-back Joao Cancelo to fill the vacancy, with the Portugal international having impressed in the role following a somewhat underwhelming debut season at the Etihad.

Cancelo has been in excellent form over the opening weeks of the season despite operating in an unnatural role on the left, his pace and creativity having offered City a short-term solution to a problem position.

Cancelo has created 11 chances so far this season, his improvement a welcome boost to a new-look City side who also boast the joint-best defensive record in the division.

Trent Alexander-Arnold has set new standards for defensive creativity since his emergence in the Liverpool side, developing into arguably the best attacking full-back in world football.

Alexander-Arnold broke the single-season assist record for a defender in 2018/19 before eclipsing his own landmark last season, registering 25 assists over those two campaigns.

Last season’s PFA Young Player of the Year created the third-most chances of any player in the Premier League last season behind only Kevin De Bruyne and Jack Grealish, and despite an underwhelming start to the current campaign still ranks highly amongst the division’s defenders.

His 13 chances created are the second-highest of any defender so far this season, though the 22-year-old will hope to improve on a record of just one assist from eight league fixtures to date.

However, he hasn’t been the most creative defender so far this season…

Aaron Cresswell has enjoyed a fine resurgence under the guidance of David Moyes at West Ham, with the popular defender thriving on the left-hand side of a back three at the London Stadium.

Cresswell’s technical ability has been a major part of West Ham’s attacking armoury with no player in the league having provided more than the 30-year-old’s 2.5 crosses-per-game, while his expertise from set-piece situations have been a major asset to the Hammers.

His 2.1 key passes per game is second only to Ben Chilwell amongst Premier League defenders, whilst only three players – Harry Kane, Jack Grealish and John McGinn – have provided more assists than Cresswell’s three across the entire division.