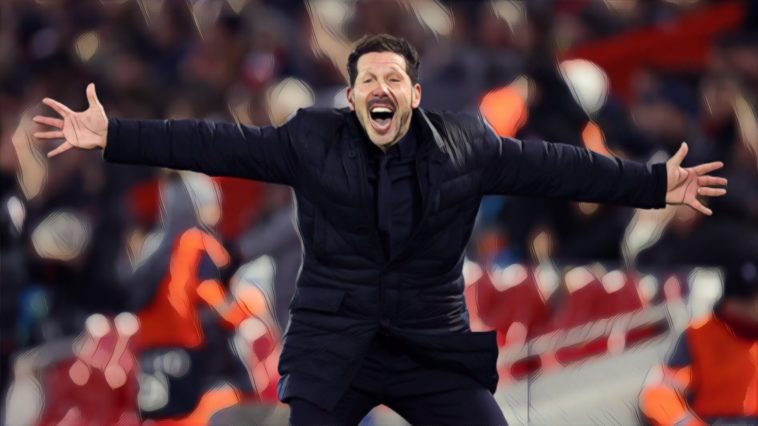 Diego Simeone has issued a response to Jurgen Klopp’s criticism of Atletico Madrid’s playing style, while also calling for an end to the ‘unfair’ away goals rule that helped his side eliminate holders Liverpool from the Champions League.

Liverpool‘s defence of their Champions League crown ended at the last 16 stage on a dramatic evening on Merseyside, the hosts squandering a two-goal lead on the night to lose 3-2 in extra time and 4-2 on aggregate.

Klopp’s side looked to have done enough to overturn a first-leg deficit and book their place in the quarter-finals after Roberto Firmino scored early in extra-time, Georginio Wijnaldum having earlier forced the added 30 minutes after levelling the scores on aggregate with a fine header.

A finely balanced contest swung back in Atletico’s favour after a calamitous mistake by Adrian, the goalkeeper – deputising for the injured Alisson – paying the price for a poor clearance as Marcos Llorente fired home a crucial away goal for the Spanish visitors.

Llorente would add his second shortly after before Alvaro Morata netted a third on the counter-attack as Liverpool lay siege to the Atletico goal, though Simeone believes the away goals rule needs altering despite proving beneficial to his side’s qualification for the last eight.

“What I have to say, and will be saying at the next UEFA coaches’ meeting, is what I think is unfair,” said the Atletico boss said at his post-match press conference.

“Today was unjust because we had 30 minutes of extra time to score three away goals. Liverpool never had that. We had 30 more minutes to score an away goal and Liverpool didn’t. That’s not fair.

“The rule favoured us today but it might go against us in the future. Liverpool had 30 minutes fewer to score an away goal. That’s wrong.”

Following the clash, Liverpool manager Jurgen Klopp was critical of Atletico’s famed defensive style, questioning why the La Liga side do not play ‘proper football’ despite the quality in their ranks.

Simeone responded to Klopp’s comments post-match, but insists his team are always set up to give themselves the best chance of victory.

“I respect his identity and the quality footballers they have,” he added.

“We try to exploit deficiencies in the opponent. That’s what we do. And we try to win.”