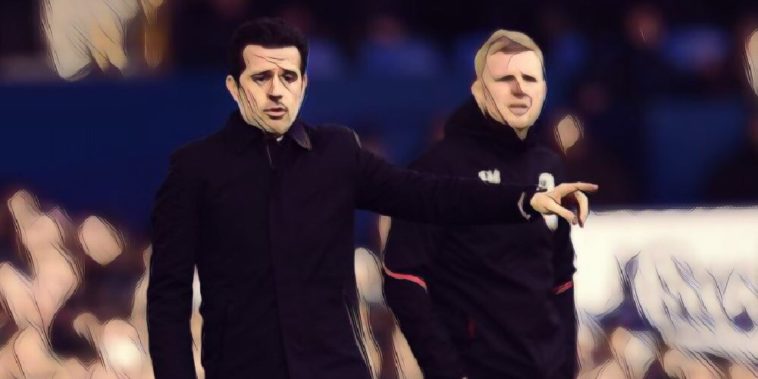 Marco Silva hailed Everton’s ‘personality and character’ as they battled to beat Bournemouth 2-0 at a rain-sodden Goodison Park this afternoon.

Everton weren’t at their best today, especially in the first half when they could barely get the ball out of their own half, but secured the victory to move temporarily into the top half of the table courtesy of second-half goals from Kurt Zouma and Dominic Calvert-Lewin.

The Blues had to do a lot of defending throughout the game, with Bournemouth having seven shots on goal compared to Everton’s three, but speaking after the game, Toffees boss Marco Silva thought his side deserved all three points.

“They were an important three points for us. We knew before the match it was important to turn the last few results back our way,” Silva told the BBC.

“Even if 2-0 is a tough result to take for them, we deserved the points and our players showed big personality and character as a team.”

The result sees Everton move up to 10th in the Premier League table, while Bournemouth remain in 12th.