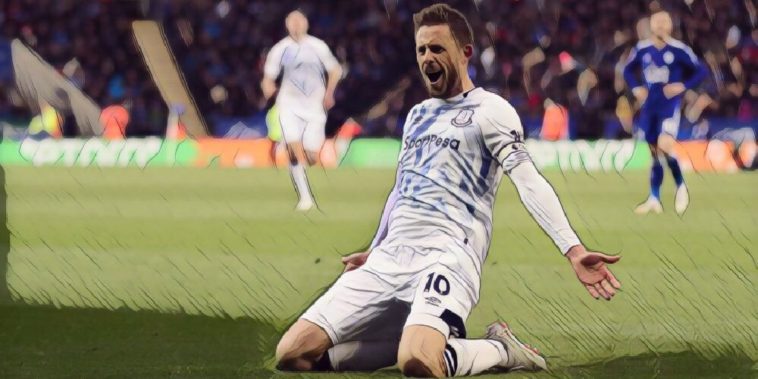 Gylfi Sigurdsson is hoping to have many more ‘special’ moments at Everton after recently notching his 50th Premier League goal.

Having moved from Swansea City to Everton in 2017, the Icelandic ace had a difficult start to life at Goodison Park, as Ronald Koeman tried to fit all of his strangely assembled bunch of number 10’s into his squad.

However, with Marco Silva now in charge on the Blue half of Merseyside, Sigurdsson is finally showing why Everton broke their transfer record to sign the former Spurs playmaker, and has already scored four and provided one assist for the Toffees’ nine Premier League games to date.

He racked up his 50th goal in the English top flight with a superb strike against Leicester a few weeks ago, and he has declared he his is hoping for ‘many more’ special moments in the Blue shirt.

“It is fantastic to reach 50 goals, a great achievement, and hopefully there are many more to come,” Sigurdsson told EvertonFC.com.

“The one at Leicester is definitely up there among my favourite goals, There’s a couple of others I like but that one was my 50th so it made it even more special.

“I remember getting the ball, I was going to pass it back but I took a chance and turned, saw a bit of space and thought, ‘Why not have a go?’ – and it was nice to see it finish in the back of the net.”