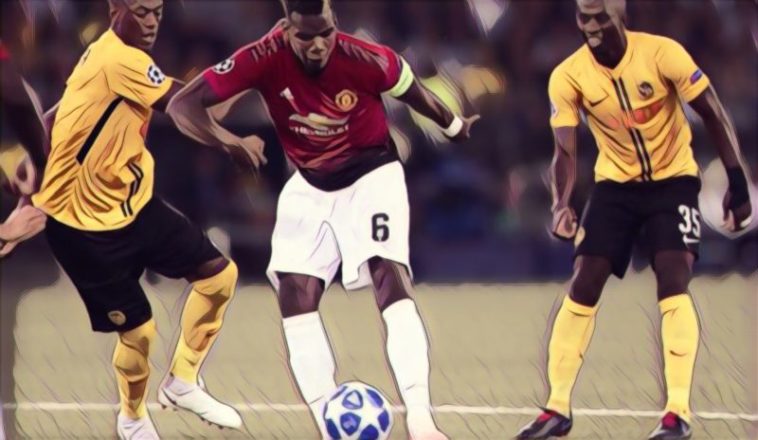 Manchester United midfielder Paul Pogba’s relationship with his manager Jose Mourinho has taken up more space in newspapers and on websites just like this one than any other story in recent times, and let’s be honest, very little of it has been positive.

The Red Devils’ £89 million man and his serial winning coach it’s fair to say have not exactly been seeing eye to eye in the last year or so, with reports this summer suggesting their relationship had become so bad that the French World Cup winner and his notorious agent Mino Raiola were trying to force through an Old Trafford exit.

Pogba, however, thanked his manager after Manchester United beat Young Boys 3-0 for backing him to take his sides first-half penalty, despite the 25-year-old having recently missed a spot kick against Burnley in the Premier League.

“I didn’t have any doubts about taking the penalty,” Pogba told reporters after last nights game.

“I know I missed that one against Burnley.

“Joe Hart got me that time but I won’t make the same mistake.

Pogba, who was named captain in the absence of Antonio Valencia, played arguably his best ever game for United last night in Bern, scoring a brace and providing the assist for Anthony Martial to score the decisive third goal.

I think we can all agree though THAT run up is just mental.