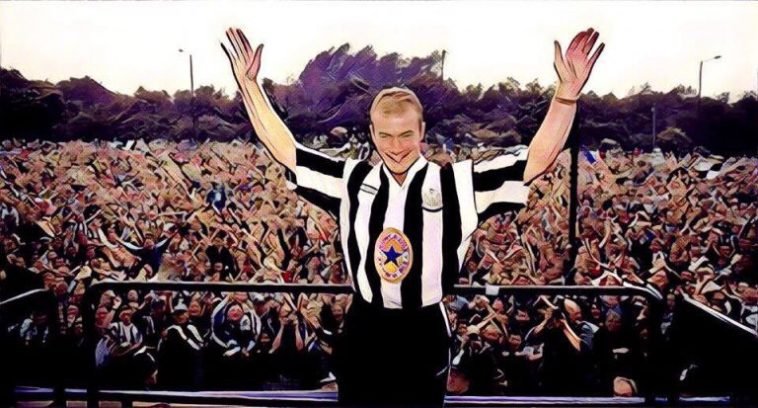 Premier League legend Alan Shearer has revealed that he has no regrets about snubbing a move to Sir Alex Ferguson’s Manchester United in 1996 to join his hometown club Newcastle.

Shearer had actually already turned down the chance to move to Old Trafford in 1992 to join Blackburn, were he would go on to win the 1994/95 Premier League title.

The lethal striker would then star for England in the famous 1996 European Championship, before turning down a move to United again, in favour of linking up with Kevin Keegan at the club he had supported as a youngster.

Shearer would go on to become the Premier League’s all time leading goalscorer with 260 strikes.

However, he would win no silverware during his time with Newcastle, although despite a lack of success during his time as a Magpie, the legendary striker has revealed that he has no regrets about his decision to move to St.James Park.

“I thought then that it was great to be back home,” Shearer said in quotes carried by Tribal Football.

“And without a doubt, I knew I had made the right decision. I might have won trophies if I had gone elsewhere but equally I might have snapped my leg and never played again.

“Who knows what would have happened? If I had the same decision to make again, I would have done exactly the same thing.

“It was everything I hoped it would be and a lot more. It was always my dream, it was my team.

“People always get criticised for not being loyal in today’s football. Well, I went back home and stayed there for 10 years. And I had the time of my life.

“I played for my club, the club I supported — and that is every boy’s dream.”

TO CHECK OUT OUR FULL TRIBUTE TO SHEARER CLICK HERE!