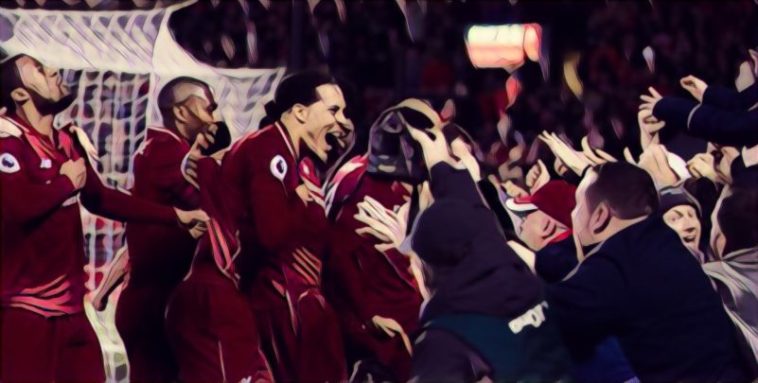 Liverpool’s Xherdan Shaqiri has praised the togetherness and spirit of Jurgen Klopp’s side after they snatched a late, late win in Sunday’s Merseyside derby at Anfield.

Substitute Divock Origi capitalised on a mistake by Everton’s Jordan Pickford to head home a 96th minute winner, sparking wild celebrations from the home side.

The win saw Liverpool reduce the gap to leaders Manchester City to two points, with the late drama continuing Liverpool’s fine form in the fixture with Everton having not won a league game at Anfield since 1999.

“It was an amazing feeling,” Shaqiri told Sky Sports.

“You saw the emotions from the players and the coach, it was a really nice win.

“The spirit in the team is very good and that’s very important. We are working very closely together and it’s important to know each other better.

“We are like a small family. It has to stay like this and we have to enjoy our work every day. It reflects on the pitch.”

Liverpool next travel to struggling Burnley on Wednesday night looking to continue their unbeaten start to the Premier League season.