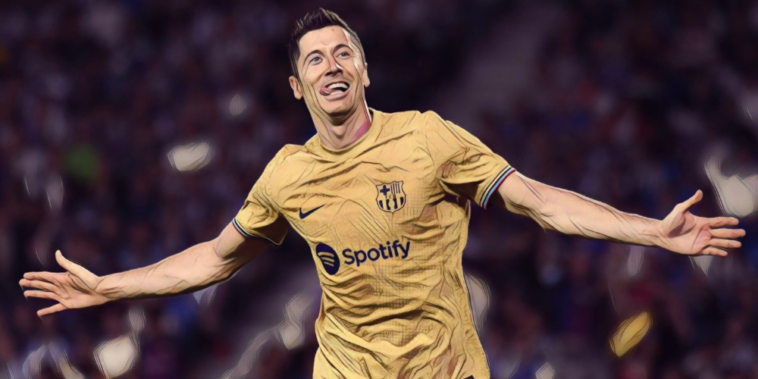 Following the draw for the UEFA Champions League’s group stage, we look at some of the talking points after each of Europe’s elite discovered their opponents.

Anfield and Ibrox set for Battle of Britain

Rangers’ reward for their return to this stage is a fascinating Battle of Britain clash with Liverpool, two games that are sure to have an electric atmosphere on European nights at Anfield and Ibrox.

The former’s buzz for domestic games has lessened as most modern grounds have, but often comes alive under the lights in Europe and the prospect of thousands of Scots travelling south is sure to whet the appetite. Remarkably, it will be the first competitive meeting between the teams.

Rangers have overachieved in Europe in recent campaigns and reached the Europa League final last season, though this will represent a significant step up with Liverpool having reached three of the past five finals.

Jurgen Klopp’s team have been handed a tricky-looking draw with Ajax and Napoli making up the remainder of Group A. The latter have started the new season with nine goals and two wins from their opening two Serie A games.

Ajax’s credentials are less apparent following the departure of Erik ten Hag and a host of key figures. Lisandro Martínez, Sébastien Haller, Noussair Mazraoui and Ryan Gravenberch are among the star names to have moved on this summer, while Antony could soon join them amid links to Manchester United.

If there is to be a Group of Death – certainly on stature – it is Group C, with European giants Bayern Munich, Barcelona and Inter Milan all grouped together.

Bayern will start as favourites and have made light work of Barcelona in recent meetings, including home and away thrashings in last season’s group stage and that unforgettable 8-2 humiliation in 2020.

However, the Catalans will have hopes of competing in the Champions League’s latter stages again, following a summer spree that has seen Franck Kessie, Andreas Christensen, Raphinha and Jules Kounde arrive at the Camp Nou. The headline arrival, however, is Robert Lewandowski, who will make an instant return to his former side after scoring 344 goals in 375 appearances for Bayern.

If someone told you last season that Lewandowski, Mané and Lukaku would be in the same #UCL group, would you have guessed it would be for Barça, Bayern and Inter? 😮 pic.twitter.com/LVFVvAEqf4

Inter Milan will challenge for a place in the next round and have reformed the Romelu Lukaku-Lautauro Martinez partnership this summer, following the former’s return on loan from Chelsea. That duo fired the Nerazzurri to title success in 2020/21 and will be key to Inter’s hopes of progress.

Viktoria Plzen, the Czech champions, are the fourth seeds and face an unenviable task to upset the odds.

Conte will be confident of progress

Tottenham will have been the most pleased of the Premier League’s representative sides, with Antonio Conte sure to be cautiously optimistic after the group stage draw was confirmed.

Spurs were handed Eintracht Frankfurt from the top seeds, seemingly the best possible draw from Pot One. The Germans won the Europa League last season, but ended the campaign 11th in the Bundesliga and have failed to win in their opening three fixtures this season.

The remainder of Group D is made up of Sporting Lisbon – who reached the knockout rounds last season before being eliminated 5-0 on aggregate to Manchester City – and Marseille. The latter represented perhaps the trickiest test among the Pot Four seeds, but are side packed with familiar faces.

Chelsea will come up against former Blues in the group stage, having been paired with AC Milan. Forgotten figure Tiémoué Bakayoko is currently on loan at the Rossoneri from west London, while both Olivier Giroud and Fikayo Tomori will face their former side in the colours of Milan.

For Tomori in particular it will be a chance to prove that Chelsea were wrong to let him leave. The academy graduate broke into the team under Frank Lampard, but was allowed to leave for Milan after falling out of favour.

The 24-year-old has since excelled in Serie A and was recently rewarded with a new long-term deal, having helped Milan win the Scudetto last season to earn a recall to the England squad.

As Chelsea desperately search for defensive reinforcements in the final days of the transfer window, there might just be some regret at Stamford Bridge that one of their own was allowed to depart.

Real Madrid proved last season that the record 14-time winners can never be written off, but doubts remain over the strength of the Spaniard’s challenge this season.

Despite entering the competition as champions of Europe and Spain, the run of Carlo Ancelotti’s side last season is one impossible to repeat.

Player and Coach of the Year. It's a Real Madrid thing 👑 pic.twitter.com/il83gdGBqZ

Appearing dead and buried in each knockout round tie, Real found a way to win when it mattered most with captivating comebacks against PSG, Chelsea and Manchester City, before goalkeeper Thibaut Courtois produced one of the great individual final performances to thwart Liverpool in Paris.

Even given their individual brilliance, the reliance on Courtois, Karim Benzema and Vinicius Junior seems unsustainable if Real are to make it back-to-back crowns. Casemiro has departed to break up the serial-winning midfield of recent seasons, with the onus on Aurélien Tchouameni to fill the void.

Antonio Rudiger has also arrived to improve the defensive options at the Bernabeu, but the jury remains out on Real. However, last season perhaps proved we’re wrong to doubt a team whose history on this stage is unmatched.

Erling Haaland will not have to wait long to meet up with familiar faces at Borussia Dortmund, after Manchester City were paired with the Bundesliga side in Group G.

Haaland scored 86 goals in 89 games across his two-and-a-half seasons at the Westfalenstadion, before moving to Manchester City tasked with turning the club’s domestic dominance into elusive European success.

The Norwegian has made an immediate impression with three goals in three Premier League games and Dortmund will be well aware of his threat when the two teams collide.

"Manchester City is naturally a force to be reckoned with in the Champions League. We're looking forward to it just as much as we are to the reunion with Erling Haaland." pic.twitter.com/6h0WKnbmt6

Sevilla should provide awkward opposition for both teams but have began the domestic campaign disappointingly, while Copenhagen will begin Group G as rank outsiders.

PSG have point to prove…again

For all the marquee arrivals and expectation, PSG appear little closer to ending their wait for European success.

An appearance in the 2020 final proved to be a false dawn, after a semi-final exit to Manchester City the following season and last year’s Round of 16 capitulation at Real Madrid.

Optimism remains however, following the appointment of Christophe Galtier as manager and a reinforced midfield containing Vitinha and Renato Sanches. PSG have opened the Ligue 1 campaign with 17 goals scored in just three games, with Lionel Messi finding form and Neymar in scintillating mood.

🏆 Our group for the group stage of @ChampionsLeague.

The latter has 11 goal involvements in just three league fixtures, but the task will be for PSG’s superstar trio – including Kylian Mbappe – to produce those performances in Europe against the continent’s best.

PSG’s toughest test in Group H should come from Juventus, who are in the process of a rebuild after losing their status as Italy’s dominant force. Paul Pogba has returned to Turin, while the arrivals of Bremer, Angel Di Maria and Filip Kostic add strength and depth in key areas.