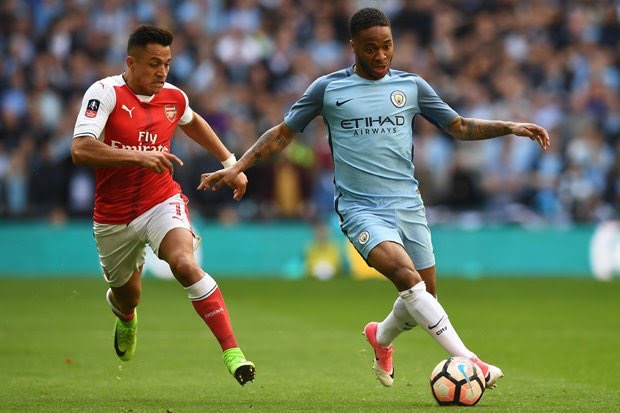 Manchester City have returned with a sensational player-plus-cash deal for Alexis Sanchez according to reports today.

The Daily Mirror are reporting that Pep Guardiola is desperate to sign the wantaway Arsenal striker and has made yet another offer.

Arsenal have so far refused outright to negotiate for Sanchez, who they insist will not be leaving the club, although some reports have suggested that a bid of £70m could tempt them into doing a deal.

The Gunners are concerned that with just two full days of transfer activity remaining that if they do decide to sell, there wouldn’t be enough time to find a replacement.

City’s latest offer could help solve that problem, as they have offered Arsene Wenger the chance to take Raheem Sterling to the Emirates as part of a deal to sign Alexis Sanchez.

Sterling only moved to Manchester City two years ago in a deal worth a then club record £49m. He has had a good start to the season for City, scoring the equaliser against Everton before scoring a 97th minute winner against Bournemouth at the weekend.

Whether Sterling would want to move to Arsenal is yet to be seen, as is if Arsenal even want to sign the England international at all.

However, with less that 72 hours left on the transfer clock, the clubs don’t have long to come to an agreement.

Tell that to the people at the Daily Mirror…