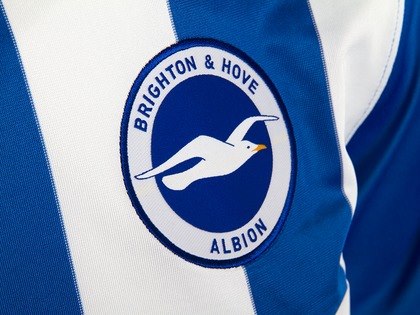 Are Brighton & Hove Albion doomed before a ball has been kicked? Some people seem to think so.

With the opening fixtures of the Premier League mere days away football blogs, newspapers and the assorted amateur pundits of the Twittersphere have been putting together their club-by-club previews of the coming season.

One thing they all seem to agree on, aside from the rough running order of the Top 6, is that Brighton & Hove Albion are destined for relegation. Some on Twitter even go so far as to suggest that Derby’s all time low points record of 11 could be in danger ten years after it was set.

Matt Stanger and Daniel Storey over at Fooball365 have us plummeting out of the league in 20th and 19th respectively. The Guardian has us in 20th. TalkSport are slightly more optimistic with their computer calculating we could be in 14th after the first five games which, whilst not indicative of confidence over the full campaign, is at least encouraging.

Other Brighton fans are pessimistic as well with a number on fan favourite forum North Stand Chat thinking we’re more or less doomed thanks to our toe dipping approach to the transfer window thus far. It is also possible our somewhat stuttering end to the Championship campaign has added to this sense that we’re maybe not yet ready for the step-up to the big boys table. Had we managed to secure the title instead of gifting it to Newcastle people may well look at us in a different light.

All of the previews I’ve read have been based on the squad we currently have and our transfer business thus far. Objectively this makes sense, the squad we have will be the one on the field and the players we bring in will either complement or supplement that squad. However the squad we have got us to the Premier League in the first place and the window doesn’t shut for a few weeks yet. Throw in that second period of spending insanity which starts in January, and can be crucial in turning around a clubs fortune, and it seems to me that using transfer activity or a perceived lack thereof, as a stick to beat the club with is a touch shortsighted.

With that in mind I’d like to present my own season preview for the Seagulls.

Being completely honest – yes, on the face of it our current squad may very well find themselves in for a very tough season. It’s an older squad with captain Bruno nearing 37 and an average age closer to 30 than 25. There’s only a couple of obvious instances of pace and trickery in Championship Player of the Season Anthony Knockaert and local boy Solly March. We only have a couple of players with any Premier League experience to speak of. Glenn Murray has been there before, Steve Sidwell arguably has the most experience but not far behind is Liam Rosenior. It’s a largely untested squad which lacks pace generally and is severely lacking in firepower.

However one thing this squad has in absolute spades is a spirit of togetherness. It was forged in the tragedy of the Shoreham Air Show disaster and best shown when the club dropped training to travel to France to attend the funeral of Anthony Knockaert’s father who sadly passed away in November 2016. Brotherhood is no substitute for points of course but if you’re going to be in a relegation scrap then you’re going to want to be in it with people you know will be working their socks off for you and who know you’re doing the same for them.

Maty Ryan joined a few weeks ago replacing outgoing David Stockdale in goal. He’s Australia’s #1 and comes via Valencia though he’d spent last season on loan in Belgium at Genk. Our club record signing at a headline grabbing £5m-ish he represents something of a risk going into our first Premier League season. He won’t have the immediate sense of understanding with Lewis Dunk and Shane Duffy that Stocko would have had and, like others, has no experience of Premier League football but both of these will be gained as the season progresses. The last couple of Australian keepers in the Premier League didn’t do too badly for themselves either.

Chris Hughton had been making noises about signing a #10 for a couple of seasons now and accordingly went out and secured Pascal Groß. Heard of him? No, we hadn’t either. Turns out he was the leading chance creator in the entire Bundesliga for last season and he did that in a relegated team. Whether he can do it on a cold Tuesday night in Stoke remains to be seen but if Groß can replicate that form then our strikers should have no shortage of scoring opportunities.

Left-back had also been a bit of a difficult position for us over the years with Wayne Bridge a few years ago being the only stand-out “Oh my God I can’t believe we’ve signed him” player.

Enter Markus Suttner. He spent almost his entire career at Austria Wien before moving to FC Ingolstadt and then landing at Brighton. Admittedly I don’t know much about him but his pre-season performances have been good and highlight videos show him to have pace and a wicked cross. Most importantly he brings depth and competition to a position that sorely needed it.

Are those three enough to see us safe? No, I don’t believe so. By my reckoning we still need three more players to compete: a strong, pacy striker, another option in midfield and a right back. By all accounts the club is clearly aware of this, despite what some on the #bhafc hashtag would have you think.

Liverpool’s Joe Gomez has been a name floating around for a while now with a potential loan move on the cards. It would give us that depth at right-back although he now looks to be set to stay at Anfield. Brazilian Renato Neto was due to be the midfield signing but he failed his medical and the deal was pulled. This was met with some derision from sections of the support but it’s a smart move by the club. Why spend money on a player who could feasibly spend some or all of the season out injured owing to a problem identified during the medical?

Izzy Brown has been brought in on loan to add some pace and guile up front which is sorely needed but an out and out striker is essential. Glenn Murray is experienced but the wrong side of 30, Sam Baldock is injured again and Tomer Hemed is an unknown quantity. It’s this player, whomever it will end up being, that I expect the club to throw big money on. Lucas Perez would be great for us and he is apparently surplus to requirements at Arsenal following the arrival of Alexandre Lacazette. However the current big rumour is Oumar Niasse and with his Everton career all but over he could be a good signing for us and would probably cost less than Perez.

16th – I think we’ll be on the wrong end of a spanking here and there but home form will see us good. None of our business has been anything that would make the wider footballing world sit up and notice but they’ve all been quite inspired as far as I am concerned. No big names, no associated egos and all of them in positions we needed to improve upon.

You’ve got to look at the spread of the teams at the end of last season. Six points separated 17th and 18th and then, incredibly, just six points sat between 17th and 8th. We only have to be better than three other teams. I look at the non-relegated bottom three of Swansea, Watford and Burnley and I’m not scared of them. Nor am I scared of Newcastle or Huddersfield. We may not get much out of the usual suspects but anyone outside of the Top 6 is fair game.

Flying under the radar isn’t anything new for us down here on the South coast. Last season various media outlets only had us just about challenging for the play-offs despite only missing out on promotion the year before by a measly two goals. It seemed to serve us well, being the unknown quantity.

Ask anyone who sits near me at the AMEX and they’ll tell you I’m not an optimistic person by nature, at least where the Albion are concerned, but we’ve been the dark horse before and I fancy our chances to see ourselves safe this time around.