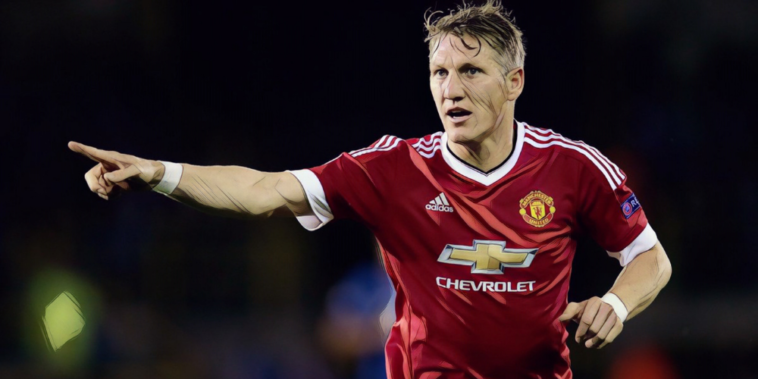 Bastian Schweinsteiger has revealed how Jose Mourinho caused him to lose ‘love’ and ‘trust’ during a difficult spell at Manchester United.

Schweinsteiger signed for the Red Devils in a £6.5m deal in 2015, having won eight league titles and the Champions League during a glittering career at Bayern Munich.

The midfielder struggled to make an impression in the Premier League as injuries hindered his impact, however, starting just 13 league fixtures across his debut season.

Schweinsteiger was then ostracised from the squad following the arrival of Jose Mourinho as manager in 2016, failing to make a league appearance before joining MLS side Chicago Fire. It is a situation he admits left him feeling ‘hurt’ and confused.

“It was very strange on my birthday I came to the dressing room wanted to change but then someone told me I’m not allowed to go in, and I had to change in the dressing room and had to play with the second team,” Schweinsteiger told the Manchester United official podcast.

”I was very hurt because no one was talking to me. Then I was speaking to Mourinho about it and he explained something to me something which I really did not understand and it had to do with the second injury that I got.

“My first injury I got the season before I got treated by the medical department of United and then, in an easy training session, I got the same injury so I asked Louis van Gaal if I could get treated in Germany because we had the Euros in 2016 coming up and it was always agreed to that.

“So I did that, I was fit, I played the Euros, I was looking forward to coming to United to play with Mourinho who twice actually wanted to buy me with Inter Milan in 2010 and then later on at [Real] Madrid.”

Schweinsteiger admits he ‘did not understand’ Mourinho’s stance in banning him from first-team training and says the manager’s treatment saw him lose his ‘love’ for the club – despite an eventual apology.

“I had a lot of respect for him, obviously, but I did not understand the situation why I was not allowed to train with the first team,” he added.

“There were some different opinions about me being professional which is not true because I am professional – I showed it later on I was always training with the kids or alone.

“Mourinho apologised and said he made a mistake which of course was nice but I lost my heart and love a little bit towards the club, not the fans, not players, not the people who live in Manchester, it was not easy.

“If I want to do something I want to do with it with my full heart and energy. But it hurt me so much it was great pain for me and I couldn’t really trust (the club).”