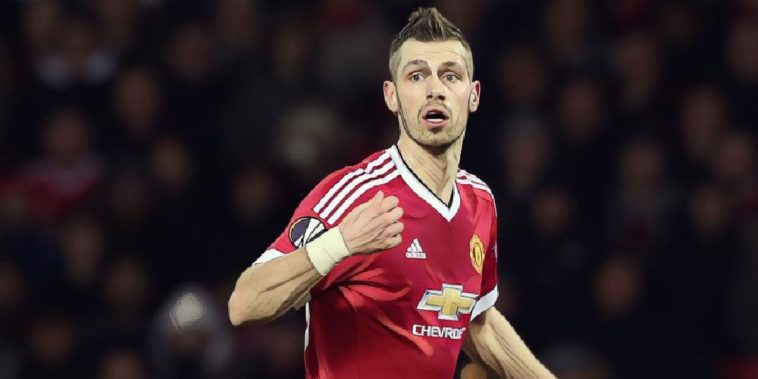 Morgan Schneiderlin has admitted his regret at asking to leave Manchester United, following the midfielder’s move to Everton in 2017.

Schneiderlin signed for the Red Devils in a £25m deal from Southampton in 2015 and made 39 appearances in all competitions during his debut season, before falling out of favour following the arrival of Jose Mourinho as manager.

He made just three league appearances across the first half of the 2016/17 season, before moving to Everton on a permanent deal in search of regular first-team football during the January transfer window.

The former France international has opened on his decision to leave the club and admits he has regrets regarding the manner of his exit.

“I learned a lot from my departure from Manchester United. I had played 40 matches the previous season with Manchester,” he told L’Equipe, as per Sport Witness.

“When I come back from the Euros, I take ten days off and I play very little for three, four months. Then, I have Ronald Koeman and Everton who are pushing hard to get me, every day, from October.

“I will remember it all my life: I should have played against Liverpool, starter, and the coach [Mourinho] comes to see me. He tells me he doesn’t feel me inside the group.

“I tell him that indeed, with what has happened in the last three months, I am not in it and I want to go to Everton. I regretted it very quickly.”

Schneiderlin believes he should have been more patient during his time with the Red Devils as he sought to regain a place in the side, citing the example of Ander Herrera as a player who overcame a difficult spell to succeed.

“Even if it went very well at Everton, when you play for Manchester United, when you’re at a club like that, it’s not for a moment of doubt that you have to question everything,” he added.

“Look at Ander Herrera : the first year I arrived, he was on the bench; he persevered, and today he is at PSG.”

Schneiderlin spent four seasons with Everton and made 88 appearances in all competitions before returning to France to sign for Ligue 1 side Nice.