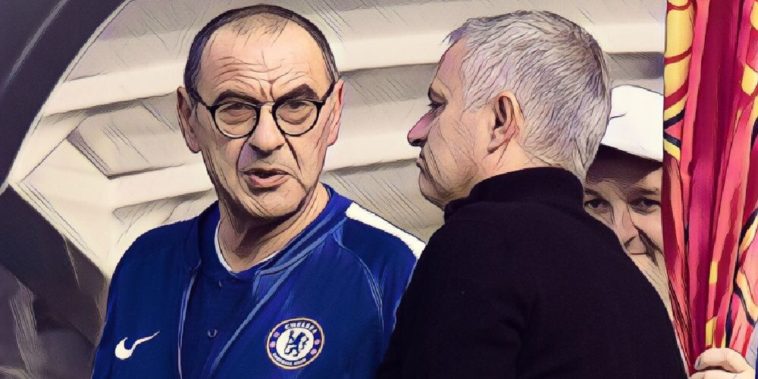 Chelsea boss Maurizio Sarri has claimed that Jose Mourinho will be missed from the Premier League.

The Portuguese coach was sacked by Manchester United earlier this week after a disastrous start to the season for the Old Trafford outfit.

“I think so,” Sarri said at a press conference today when asked if Mourinho would be missed.

“Jose Mourinho won everything, he won everywhere. I like him very much as a coach and as a man.

“I’d like to see him on a bench again. Maybe in England – but not here!” added Sarri.

Mourinho won two Premier League titles, one FA Cup and two League Cup trophies in his first spell with Chelsea yet he was sacked early into his fourth season in charge.

His second spell in charge at Stamford Bridge lasted for two and a half years and Mourinho again won a Premier League title and another League Cup for The Blues.

Sarri has been enjoying his time since his arrival at Chelsea last summer. However, he only needs to look at Mourinho’s years at Chelsea to recognise how ruthless Roman Abramovich can be when deciding if a change is needed.