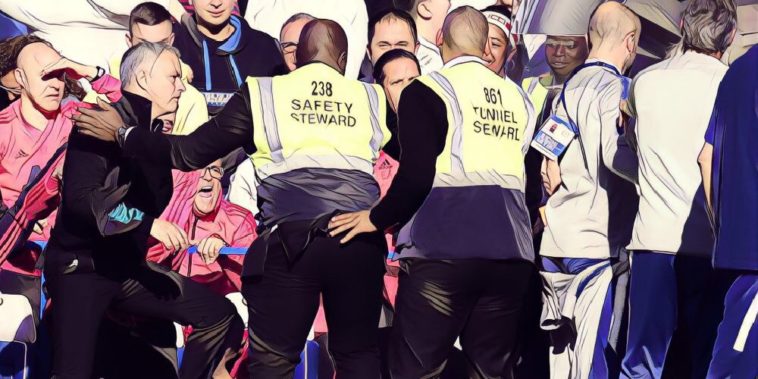 Maurizio Sarri has admitted that the Chelsea staff member that sparked ugly scenes at the end of their 2-2 draw with Manchester United was ‘on the wrong side’.

Chelsea had taken a first-half lead against Manchester United thanks to an Antonio Rudiger header but conceded two second-half Anthony Martial strikes as their unbeaten record looked to be over.

However, Ross Barkley was the quicklest to react to a save by Manchester United ‘keeper David de Gea in the 96th minute to salvage a point for the Blues, sparking an emotional reaction from Chelsea second assistant coach Marco Ianni, who celebrated wildly in front of the former Stamford Bridge chief, Jose Mourinho.

The Portuguese reacted angrily at the provocation, and speaking after the game, Maurizio Sarri has said that it was his staff member who was the one in the wrong, and for once, not Mourinho:

“If I speak to a member of staff and am very hard [with him] I cannot come here and tell everything because then I am not credible with the staff.”