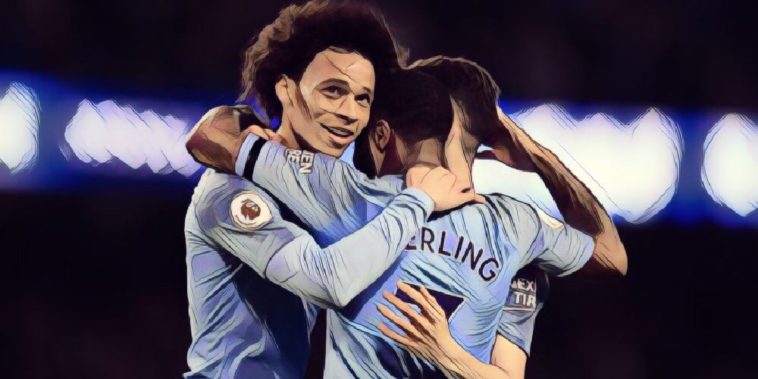 Leroy Sane has tipped Manchester City teammate Raheem Sterling to become ‘one of the best’.

The England international has flourished since Pep Guardiola’s arrival at the club in 2016, scoring 23 goals in all competitions last season as City won the Premier League title.

The 24-year-old has started this season in similar vein, scoring nine league goals so far, and Sane has tipped his teammate to continue his development to become one of Europe’s finest players.

“Of course, it’s always important if you have good people around you – good friends. You can trust them also and obviously, it’s very important for our team.’’ Sane told mancity.com.

“He’s scored a lot of goals and helps us a lot in every way and he’s just a really good guy – a humble guy.

“He is also really hungry and motivated to improve in his own game – to achieve something: his own targets

“This is what it’s like to push him to get better and if it goes like this every year, I think soon he can also be one of the best players.”

“I think you can see he’s taken [his chances[ well,”

“He uses his chances much more than last season and he scored already a lot of goals this season.